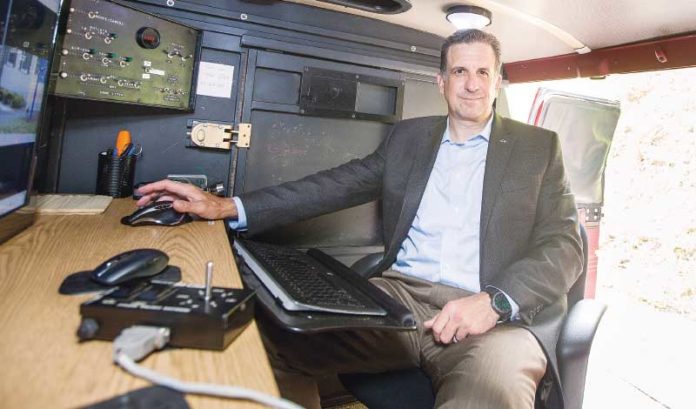 Most of the time, Dan Coleman said he only receives calls when an individual or organization is experiencing a problem.

“But if we had been hired for due diligence from the onset, perhaps some red flags would have been found during that investigation,” Coleman added.

Coleman, founder and owner of Creative Solutions Investigative Services in Morris Plains, has grown his private investigative firm into a nearly $1 million company.

Still, he said, the best things in life often are free.

“It doesn’t cost anything to ask, ‘Hey, can you find this out?’” Coleman said. “Don’t ever hesitate to run information by an investigator. There are issues of privilege and confidentiality, sure, but it can simply be about finding out what resources are available.

Coleman began his investigative career in 1988 after working part-time to provide evidentiary support to a private investigative firm while studying broadcasting, political science and government in college.

“Someone who had graduated a couple years before me was in the industry, and I thought, that sounds like fun,” he said. “Who doesn’t want to follow people around and conduct surveillance?”

To boot, Coleman was good at it. So, after graduating from Drew University, Coleman stayed on to work his way up to director of operations at Argus Investigative Services.

“But in the private investigation industry, everybody always asks, ‘What is your background and why should we hire you?’” Coleman said. “I always had to explain why I hadn’t worked in law enforcement and I figured, I might as well go do that.”

“But then the pension plans changed under Gov. Chris Christie,” Coleman said.

Coleman retired early from the Morris County Prosecutor’s Office in 2012 with the goal of starting his own private investigative firm.

“With a pension, I could take the time to plan for and invest in the infrastructure, and I was able to quickly build up a substantial firm, whereas the majority of people doing private investigations are typically one-man shows who don’t want the responsibility of overhead and staff,” Coleman said.

“Because I had specialized in burglary investigations, I started the consulting business to provide education to alarm companies on how to intelligently design better security systems, as well as investigations into burglaries,” he said. “But, with any professional service, you’ve got to both sell and provide the product as well as have your clients understand what exactly it is they’re getting into.”

With private investigation, that often is the most difficult part, Coleman added.

“I repeat my understanding of what it is the client is saying, and then I ask them what their expectations are — because sometimes clients have unrealistic expectations of what can be obtained,” Coleman said. “The expectation shouldn’t always be that we will find something, but if we do, it could be great.”

The biggest request he most often turns down is hacking, Coleman added.

“There are certain records, including emails or mobile phone applications, that we cannot get through legitimate sources,” he said. “We also can’t ping a phone to find out where somebody is.”

But there is nothing inherently illegal about surveillance, Coleman said, as long as it does not cross over into stalking or harassment.

“We won’t sit on anyone’s property or take photos of their backyard with a drone,” he said. “But anything that a general person walking down the street can see, we’ll see it, too.”

Coleman said his firm has turned up everything from prior civil suits and criminal backgrounds to proof of corporate espionage and embezzlement.

Sometimes it turns up nothing — which can be a good thing, too.

“For example, we were hired by a property management company to perform surveillance at an apartment complex where a maintenance worker on several occasions had found in the trash burnt tin foil with an unknown substance inside, which the police believed could be crack-cocaine,” Coleman said. “So, we deployed our ‘drop car,’ an unmanned surveillance vehicle, outside the door where the suspected narcotics were found, and the investigation revealed an elderly woman was smoking cigarettes outside and using a piece of tinfoil as an ashtray. Case closed.”

“If I focus on better-quality surveillance, I don’t need to hire someone as highly experienced — I just need people who are skilled,” he said. “Investigations often, if not always, require some sort of surveillance, which requires technology, which then creates a lot of data, and I have to start hiring analysts.”

Creative Solutions currently employs 10 and is licensed in New Jersey and New York.

“I was planning on being in multiple states, but the problem with the industry is that you then need to deal with a lot of subcontractors, and it becomes more difficult to control your quality,” Coleman said.

It worked out for the best, he added.

“We are super busy,” Coleman said. “The majority of our work is through word of mouth, so our business has exponentially grown with the number of clients who are happy with our work.”

As Creative Solutions continues to experience double-digit growth, Coleman said he also is working to produce the firm’s own line of cameras and enclosures to be able to help others better protect themselves outside of private investigative work.

“There has been a big demand for technology based on the results we’ve provided, but there are not many products out there that I’d say are as efficient,” he said.

Coleman also strongly cautioned against the use of the internet when looking for dirt.

“Sometimes, people tend to rely too much on websites like Spokeo and BeenVerified for information, especially when it comes to pre-employment concerns,” he said. “But these websites are simply culling public information — that doesn’t necessarily mean there’s nothing there.

“We know what’s available and how to lawfully get criminal and motor vehicle history. We know the resources out there available to us as professionals.”

Dan Coleman said there are many reasons why a business should and would hire a private investigative firm, including investigating fraudulent insurance claims, pre-employment background investigations, due diligence prior to mergers and acquisitions and intellectual property disputes.

“Performing an investigation can prevent costly litigation if (someone) has presented their business or themselves in an overly positive light,” he said.

For example, when someone has invested money and the business owner suddenly goes missing with the assets, that is the sort of thing that often is too late.

“But, if a business suspects that an employee is stealing, a private investigator can investigate and conduct surveillance to obtain the evidence necessary to terminate that employee with cause,” Coleman said.

“Some of what we do dips into whether or not a client should consult with an attorney, and we certainly can give them guidance on that,” he said. “For example, when recording a conversation with one’s employer in a one-party state like New Jersey, you don’t have to tell them you are recording. But in other, two-party states, that is not the case.”

Lawyers, firms honored as ‘Jersey Dealmakers of the Year’