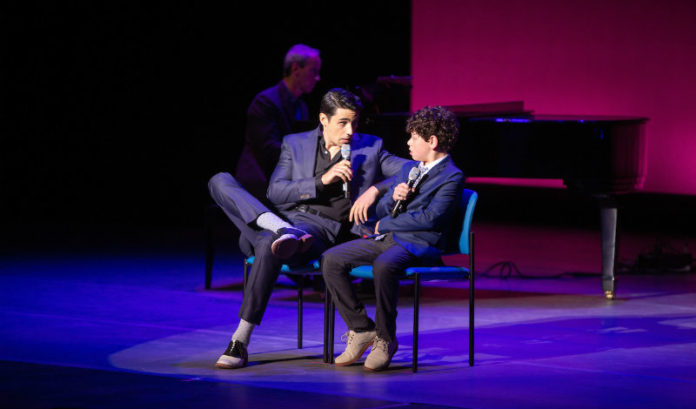 It was a statement said often Wednesday — but one worth repeating on the night the New Brunswick Performing Arts Center opened.

“I don’t think it’s any coincidence that the emergence of New Brunswick has run in parallel with the emergence and the growth of our arts community,” New Brunswick Mayor Jim Cahill said. “The arts have been a transformative force, serving as an economic engine fueling the heart and soul of our community.

“This remarkable space will launch the next chapter in the history of arts and culture in New Brunswick.”

And add a great deal to the New Brunswick economy — money that will have a trickle-down impact on the residents, he said.

“The New Brunswick Performing Arts Center, with its facilities designed to maximize use for performance, rehearsals and planning, will lure even more patrons to enjoy our arts houses, dine at our restaurants and enjoy our hospitality and nightlife, with the revenue generated helping to keep our mission of community revitalization always moving forward,” Cahill said.

“It will allow our world-class organizations, which already provide educational programming to thousands of children, to reach thousands more, developing an appreciation of the arts and opening new doors to them for careers in visual and performing arts that may not have been otherwise accessible.”

And it was only possible because of one of the state’s tax incentive programs.

State Senate President Steve Sweeney (D-West Deptford) was quick to point that out.

“I wish everyone in the state could see this place,” he told ROI-NJ before the more formal speeches took place. “This is what tax incentives can do.”

Sweeney talked of how the Heldrich Hotel (right across the street) and all the nearby restaurants will benefit from the building the state helped build.

He reminded the crowd of that when he took the mic.

“By the way, this is what they call tax credits,” Sweeney said. “They’re not all bad.”

The project was financed with the help of a $40 million Economic Redevelopment & Growth credit (see the complete funding here).

“Tonight, we’re experiencing the testament of what we can do if we all work together in the public sector and the private sector,” he said. “When we let people with great talent and great vision come together, give them the resources to make it happen, we have something magnificent like this. It’s the next step in the renaissance that is New Brunswick.

“There was a time when New Brunswick wasn’t a place where you talked about coming to dinner or spending time with your friends. It is just the opposite right now. It is the best example of what redevelopment can do, of what commitment can do and what a special place you can truly build if you push all in the right direction.”

Its president, Chris Paladino, said it was a further testament to how public-private partnerships — combined with the arts — can transform an urban landscape.

But on this night, Paladino wanted the focus to be on the building — and the theatrical companies that will be housed in it.

Paladino was happy to show off the $172 million, 450,000 square-foot, 23-story building that includes more than 200 units of housing in addition to its two stages and four rehearsal areas.

And happy for the crowd to see all four companies (George Street Playhouse,  Crossroads Theatre Company,  the American Repertory Ballet and the Mason Gross School of the Arts at Rutgers University-New Brunswick). Each gave short performances for the invitation-only audience of leaders from the arts and political worlds.

“Before you do something of this magnitude, it’s inconceivable to most people,” Paladino said. “After you do it, people ask you: What’s all the fuss?

“I just ask, for tonight, can we just focus on the fuss for a little bit. Tonight is all about the arts community partnership and leadership.”

“This happens when you have strong leadership in a community,” he said.

“I wanted to come here for one reason. I’m not from here. But I recognize greatness and talent — and you guys have one hell of a team up here. Look what you did.”

Experiential entertainment during a pandemic? How one cool Jersey outlet (Stumpy’s)...