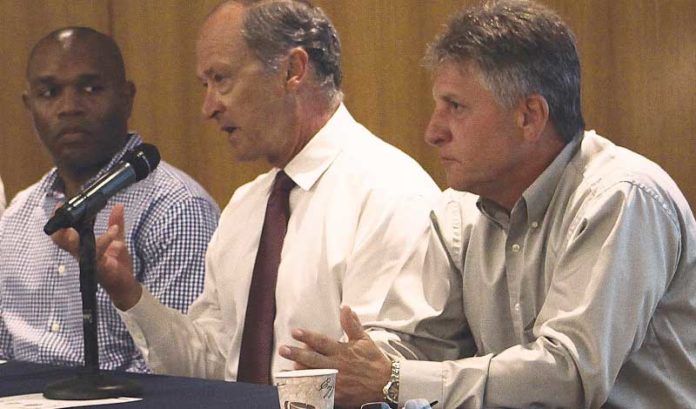 There are more than 11,000 manufacturing companies in New Jersey — most of which are small and family-owned businesses.

If you think they wouldn’t be a target for a cyberattack, think again.

Rob Stramara, the chief operating officer at the New Jersey Manufacturing Extension Program, said that, in this case, it’s easy to see.

“For manufacturing companies, it’s all about design and intellectual property,” he said. “I don’t know if you’ve seen some of the recent pics of the Chinese Air Force, but it looks a heck of a lot like ours. And how are they getting that? Well, they’re … taking our design information.”

Stramara, speaking at a recent ROI-NJ Thought Leadership Series event on cybersecurity, said NJMEP is doing its part to help.

“We recently were awarded a federally sponsored grant and we’re partnering with the New Jersey Innovation Institute,” he said. “It’s is focused on the Department of Defense supply chain. Getting them up to speed.

“It’s been on their radar, no pun intended, but they recognize how the supply chain is vulnerable to cyberattack. Over the next year and a half, we’re going to be working with them conducting cybersecurity awareness workshops.”

It’s the type of awareness campaign that NJMEP brings all of its members.

“Employee training is an important part of what we do,” he said. “We’re going to be conducting bootcamps, giving all manufacturers an understanding of what they have to do as far as doing that initial gap analysis with penetration testing to see where they’re vulnerable.”

“We ask, ‘What happens if you have a breach? How do you handle that so it doesn’t affect the business, so you’re not shut down for weeks on end and your customers are waiting for orders?’ ” he said. “There’s a dollar amount associated with that.

“As far as manufacturing, there’s the IP component and then there’s also ransomware attacks. That’s basically what we’ve seen: Companies are vulnerable to ransomware. We’ve seen an uptick over the last couple of years.

“So, it’s something that we’re in tuned with in the manufacturing space.”