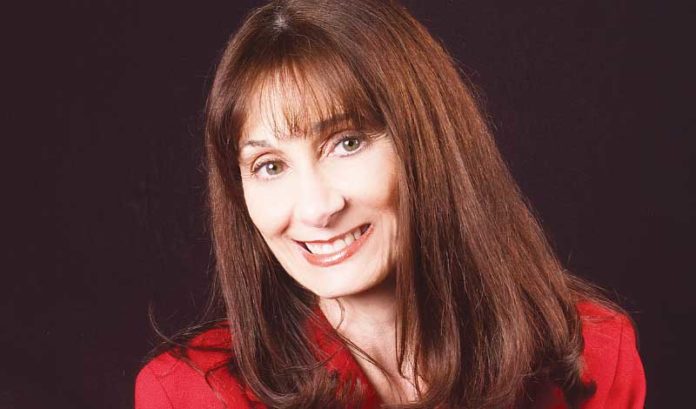 New Jersey is exactly the melting pot it’s always thought to be, but local mental health leader Debra Wentz says the state still needs to do a better job of mixing mental health with its diverse population.

Wentz, CEO and president of the New Jersey Association of Mental Health and Addiction Agencies Inc., is a big believer in the diversity element in New Jersey adding to the richness of the state.

“But, unfortunately, it also creates some complications in terms of mental health,” she said. “Individuals in marginalized and underserved communities still face a number of critical issues, including having less access to mental health and addiction services.”

Although research on this topic that focuses just on the New Jersey picture is limited, national numbers tell a larger story that could also apply to the Garden State.

Among teens who experienced a major depressive episode, for example, fewer than average black and Hispanic youth received treatment for their conditions, according to a Substance Abuse and Mental Health Services Administration and National Alliance on Mental Illness study.

Based on that same report, Asian American adults are less likely to use mental health services than any other racial or ethnic group. And LGBTQ+ individuals are two or more times more likely than straight individuals to have mental health conditions, while youth from that demographic also have higher numbers of suicide attempts.

Given all that, the remedy for Garden State mental health service providers would seem to be aggressively bringing people from these communities into centers where they can receive proper care.

“But, before you can even get people into those settings you have to overcome the barriers that exist,” Wentz said. “In many minority cultures, mental health issues are often suppressed, ignored and highly stigmatized.”

Most people receiving mental health services don’t believe people are generally caring and sympathetic to people with mental illness, according to another Substance Abuse and Mental Health Services Administration and National Alliance on Mental Illness survey.

But in minority communities, that could be an even worse problem.

“Mental issues in those communities are sometimes treated as though they’re a shameful family secret,” she said. “As an example of that, when I was speaking to a young woman (and) she told me that every time she tried to open up about her feelings, her family would say it was all in her head — that mental illness didn’t exist.”

Wentz sees a need for mental health professionals to address what’s keeping underserved individuals from coming to centers for care in the first place.

“In New Jersey, where there’s so many cultures to learn about, that’s a lot to bite off,” she said. “There’s a need to normalize mental health across all backgrounds, and a lot of work remains to be done. But I remain optimistic that we’ve identified the problem and that people are out there doing something about it.”

July was named Minority Mental Health Awareness Month to highlight to these issues nationally. But Wentz said it deserves yearlong attention, especially in a state with as much minority representation as New Jersey.

One of her messages to those offering treatment throughout the state is to pay attention to various cultural beliefs and how different communities relate to health conditions.

“For example, Hispanics hold doctors in really high regard; so, if it’s a doctor saying something, they’re going to take it very seriously, maybe more than they would a counselor,” she said. “But, even then, it has to be in their own environment, as well as their own language.”

Wentz and her organization proposed policy recommendations that more recently led to the establishment of several state-funded cultural competence centers, where training is offered to help treatment providers understand the unique challenges some patients face.

The New Jersey Division of Mental Health and Addiction Services has embraced that training model and is facilitating its statewide adoption.

“Part of addressing this is also prioritizing the recruitment of people of different cultures and backgrounds in the mental health field,” Wentz said.

“Slow and steady wins the race is my thinking,” she said. “As long as we’re going in the right direction, I expect the future will be positive.”

Sri Lanka might be on the other side of the globe, but for New Jersey mental health overseer Debra Wentz, it’s very close to home.

Besides the fact that an unexpected number of Jerseyans come from Sri Lanka, Wentz was there for a watershed moment for the country. She was in Sri Lanka at the end of 2004, when a tsunami struck and reportedly led to more than 30,000 deaths. 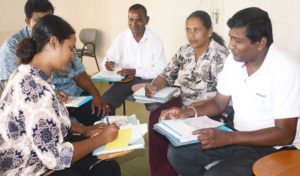 “I’ll never forget that event, because I was fortunate to just by a hair escape unharmed, without being swept away,” Wentz said. “Afterwards, I felt like it was my purpose as a survivor of that to do something for Sri Lanka.”

So, her organization, the New Jersey Association of Mental Health and Addiction Agencies Inc., and its subsidiary, the New Jersey Mental Health Institute, launched the Sri Lanka Mental Health Relief Project shortly after the deadly tsunami. The initiative introduced mental health resources for those who survived the traumatic devastation of the tsunami, and has touched 200,000 lives, Wentz said.

Over more than a decade, that program morphed into a more general mental health training program to help members of Sri Lanka’s medical community and other local leaders recognize certain mental health disorders.

“After its rapid modernization, Sri Lanka still needs help with developing a mental health system,” Wentz said, “Even if Sri Lanka has the fourth-highest rate of suicide in the world, they have only one psychiatrist for every 19,000 or so people.”