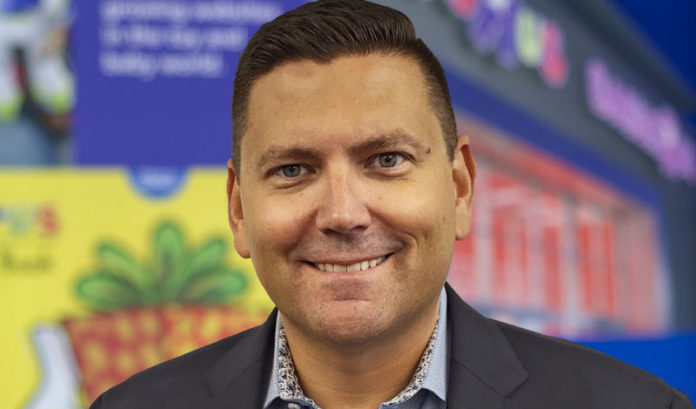 The group trying to bring back the Toys R Us brand has named a new president to run the joint venture overseeing operation and management of its planned retail stores in the U.S., it announced Thursday.

“This is an exciting time for the company, as we get closer to bringing back Toys R Us stores to the U.S. this holiday season,” Richard Barry, CEO of Tru Kids and interim co-CEO of the new joint venture, said in a prepared statement. “Having already worked with Jamie for many years, I am confident that his retail experience and leadership will have a significant impact on our success in the United States, as we work to rebuild this beloved brand.”

In his new role, Uitdenhowen will oversee day-to-day business operations, new experiential store development and vendor partnerships leading up to the brand’s U.S. relaunch in the fall, and beyond, Tru Kids said in a news release.

“Toys R Us is an iconic brand known for delivering the best toy experience for kids and families,” he said in a statement. “I’m thrilled to be returning to help drive the next chapter of this beloved retail brand in the U.S.”

The first two new Toys R Us stores are slated for Westfield Garden State Plaza in Paramus and the Galleria in Houston, with a planned holiday season opening.

Before joining Party City, Uitdenhowen had spent more than 18 years with Toys R Us Inc., serving as vice president and general manager and overseeing merchandising decisions.

“Having previously worked with Jamie, I’m excited for his return to the Toys R Us team,” Phillip Raub, co-founder and president of b8ta and interim co-CEO of the joint venture, said in a statement. “His knowledge of the industry and vision for building a dynamic experience for kids and families make him the ideal fit for our business moving forward.”