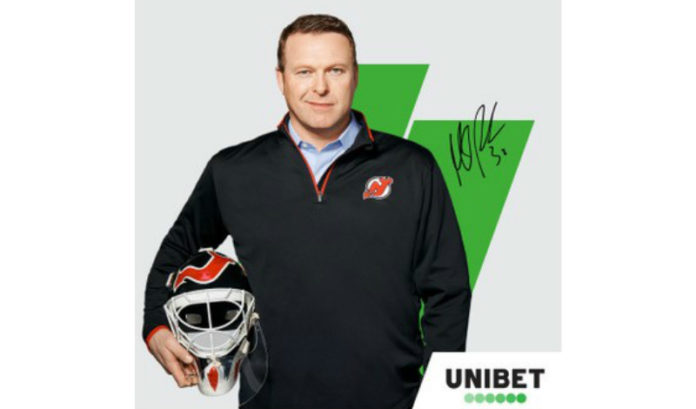 Unibet, a sports betting platform that entered the New Jersey market in June, has signed a multiyear sponsorship deal with the New Jersey Devils, it announced Monday.

As part of the deal, Devils Hall of Fame goalie Martin Brodeur will serve as Unibet’s brand ambassador, becoming the face of the company in the New Jersey market.

Unibet will have significant in-arena presence at the Prudential Center, as well as significant digital presence with the team, it said in a news release.

“New Jersey Devils fans are some of the most passionate and educated hockey fans in the world,” Brodeur, now the team’s executive vice president of business development, said in a prepared statement. “The sportsbook app developed by Unibet offers dedicated Devils fans a really special new way to engage with the game they love.”

The deal with the Devils represents the company’s first partnership with a U.S. professional sports team and first major investment in the U.S. market, Unibet added.

“Following the New Jersey Devils games in Sweden and Switzerland last October and the franchise’s position as a rapidly growing global brand, it was natural to partner with a sportsbook with a reputation as a trusted leader in the European and international sports betting ecosystem,” Adam Davis, chief revenue officer for Harris Blitzer Sports & Entertainment, the team’s owner, said in a statement. “… Unibet’s selection of Devils legend Martin Brodeur as their ambassador is an indication of their marketing savvy, comprehensive awareness of the New Jersey sports market and desire to activate in a differentiated way.”

The company has more than 20 years working with players in Europe and Australia, including New York Rangers goalie Henrik Lundqvist and others.