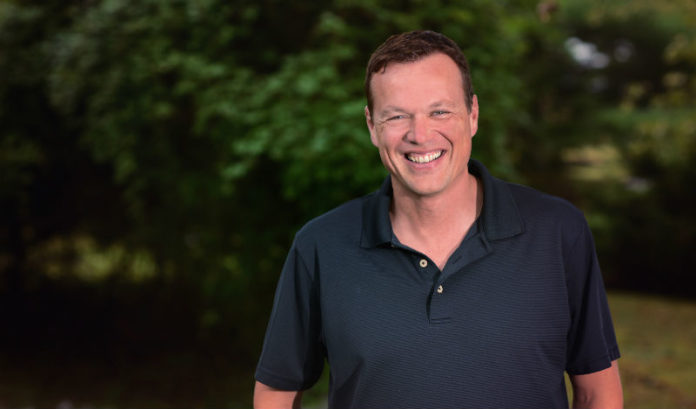 Simon Nynens was excited last week. So much so, in fact, he said he even was looking forward to his 14-hour flight to New Delhi.

As the head of VentureLink, the old business incubator at New Jersey Institute of Technology with the new name, he was thrilled that his 110,000-square-foot center — the biggest incubator in the state — was going to open its remodeled first floor this week.

He was happier still that he was part of the economic trade mission to India set up by Choose New Jersey — one led by Gov. Phil Murphy and including nearly three dozen state officials, business leaders, higher ed representatives and legislators.

The trip will produce Memorandums of Understanding with two powerful Indian entrepreneurial interests that will directly benefit VentureLink, Nynens said.

Both will provide entrepreneurial startups from India three months of free rent and services. And both deals, Nynens said, will have almost immediate impact at the school, in Newark and in the state.

The first, with NASSCOM — the National Association of Software and Services Companies — was signed Monday in New Delhi. The second cannot be announced until Wednesday.

“These are real deals,” he said. “When you sign Memorandums of Understanding, a lot of them are just token gestures. They’re like, ‘OK, maybe we’ll do something together.’

“I wanted to make them real. That’s why we’re offering a few months of free rent plus all of the other things we can provide involving registration, legal and tax advice, things like that.”

Nynens said he has been led to believe a number of companies are ready to announce they are coming over soon after the signing.

“They have identified companies that have expressed a strong interest of quickly moving to New Jersey after we sign the MOU,” he said. “Let’s put it that way.”

Nynens, who has served as a vice president and chief commercial officer at the school since last fall, said he’s eager for Indian companies to arrive — calling it a win-win.

“We want these Indian companies that are thinking about coming the U.S. to know that New Jersey is a welcoming state and we have a great ecosystem already in place with a lot of Indian entrepreneurs,” he said.

“And, quite honestly, we’d like to have them in the incubation center because they can work together in research with our faculty and they can provide great internships for our students who are right there.”

VentureLink, Nynens said, already is booming, with 65 companies currently working out of the space. Nynens said, however, there’s room for plenty more.

The well-known nonprofit trade association was established in 1988. Since then, it has become the leader of India’s startup community. In 2012, it started a program called 10,000 Startups. Its goal is to support and impact that many startups by 2023.

Nynens is hoping just a few of those companies matriculate to New Jersey. He said so much of the state’s future depends on it.

“Without technology, without looking forward as a state, we’re absolutely dead in the water,” he said. “And I think it’s really great that we’re able to do this, and I look forward to signing those memorandums of understanding.”

So much so that the long plane ride he had ahead of him didn’t seem so bad.

Celgene, NJII to team up on cell therapy tech training