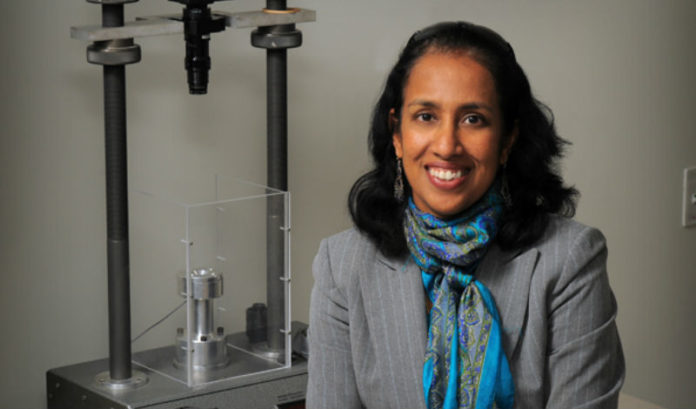 Rowan University and the New Jersey Economic Development Authority signed a Memorandum of Understanding with the National Research Development Corp. of India this week in New Delhi.

Rowan and state officials hailed the signing, which they feel will lead to the NRDC — the largest and oldest technology transfer organization in India — setting up its first U.S. office in Glassboro on the Rowan campus.

The agreement is just one coming out of the seven-day, six-city economic development mission set up by Choose New Jersey for Gov. Phil Murphy and dozens of other state, business and higher education officials.

Beena Sukumaran, vice president for research at Rowan, said bringing NRDC to Rowan would be good for the school, the South Jersey region and all of the state.

“This will be good for everyone,” she told ROI-NJ recently, before she left for the trip.

The NRDC, Sukumaran said, is a part of the Department of Science and technology in India. It is tasked with helping, supporting and promoting all the intellectual property and technologies from any publicly funded research in India.

“It has more than 5,000 technologies — and they believe half of them are pretty innovative,” she said.

Sukumaran said the MOU is a three-party agreement.

“Each of us has a role to play,” she said. “Rowan will provide an office for NRDC in New Jersey. We will help them with capacity building through innovation entrepreneurship and commercialization training. We will help them develop an online searchable database.”

The EDA, she said, will help any companies that wish to come to the U.S. find a place to settle, including the South Jersey Technology Park that sits on the outskirts of the Rowan campus.

“But it could be anywhere in the state,” Sukumaran said.

The agreement is a year in the making. It started, she said, when Murphy issued a memo encouraging research universities to create a global footprint in New Jersey.

Shortly thereafter, at the urging of Rowan President Ali Houshmand, the school met with Choose New Jersey and NJEDA officials, and then reached out to the NRDA.

“Dr. Houshmand said, ‘Whatever we can do to help the state, we will do it,’” Sukumaran said. “That’s how the conversation started.”