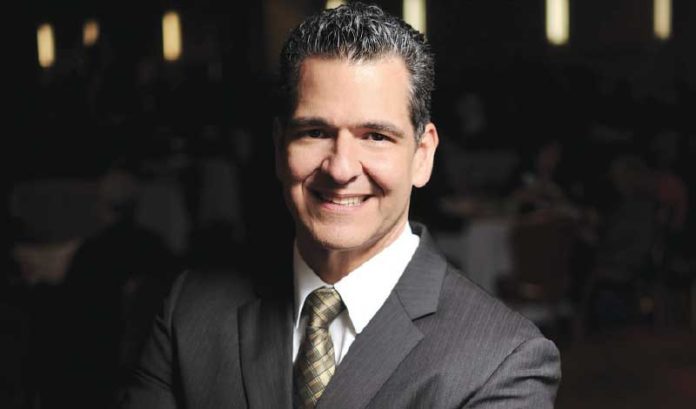 SHCCNJ CEO Carlos Medina and Chairman Luis De La Hoz knew putting together a proposal in less than three weeks wouldn’t be easy. But they both felt the organization’s internal leadership, as well as the intrinsic values New Jersey brings, would work to their advantage in the process.

The pair already has locked up support from Gov. Phil Murphy and his administration, New Jersey’s U.S. Sens. Bob Menendez and Cory Booker, and some key business leaders, including Mike DeMarco of Jersey City-based Mack-Cali Realty Corp., which has offered to host the event in its Jersey City locations.

“Being able to pull this off was not easy,” Medina said. “But it was an opportunity we couldn’t pass up. Bringing this event to New Jersey would be great for our community and the state.”

A late change of venue for this year’s event — it will be held in Albuquerque, New Mexico, from Sept. 29 to Oct. 1 — led to a belated request for the 2020 event. The host city for 2020 is expected to be announced in Albuquerque.

“We not only are between two key cities in New York and Philadelphia, we have one of the strongest Hispanic chambers in the country,” he said.

“Choose New Jersey and the (Economic Development Authority) also are in full support,” he said. “Not many states can say they have so much internal support.”

The application not only includes a letter of support from Jersey City Mayor Steve Fulop, it notes how Hudson County has approximately 300,000 Hispanics, who make up more than 40% of the population.

Medina said the chamber would utilize the vast number of local Hispanic-owned businesses to help host the event, giving the community much-needed exposure.

“This will be an opportunity for the members of our ‘Familia’ to show what they can do,” he said.

De La Hoz said it will be an opportunity for the chamber to show other Hispanic chambers why the New Jersey chapter is annually regarded as one of the best in the nation.

“Our mission has never been about sponsors and giveaways,” De La Hoz said. “Our efforts are not based on money we can get from the U.S. Hispanic Chamber, it’s based on results.

“Our goal is to build long-term relationships that will help our community grow and prosper. This model clearly works. We would love the opportunity to show others.”

Evidence of this was clear in the past two weeks. In addition to support from elected officials and Mack-Cali, the chamber was able to get support from Univision, Exelon, UPS, Rutgers University, Saint Peter’s University and the counsels of Colombia and Peru.

All with little effort.

“Our goal is to get the convention,” De La Hoz said. “If we are awarded it, then we will really start asking for economic support and sponsorship.”

They may not need to go far.

This year’s event is being sponsored, in part, by New Jersey companies Merck, Johnson & Johnson, Avis Budget Group, Univision and NBC Universal as well as national companies that have a strong presence in the state, including JPMorgan Chase, Wells Fargo, MGM Resorts and Caesars.

The event is expected to draw more than 1,500 people.

Medina and De La Hoz see the convention as a rare opportunity to show all of them what New Jersey can do.

“The concentration of Hispanic business owners here is higher than any other state,” De La Hoz. “We feel that makes us the best option.”