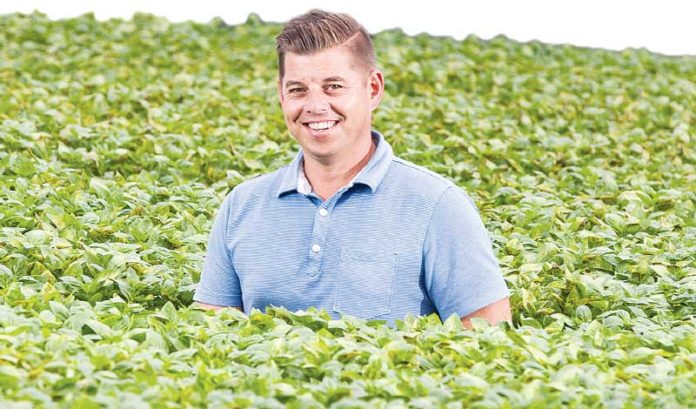 Ken VandeVrede’s goal, he said, is to create a more sustainable, safer and more cost-effective product right here at home.

“And, if we are awarded the licenses we seek, we’ll be hiring a staff of between 150 and 200 people over the next year or two,” he said.

That is why VandeVrede, founder and CEO of Hillview Farms in Pequannock, has been accelerating his family’s New Jersey farm business’s expansion from flowers and greens into hemp and cannabis over the last year.

“The expansion of the state’s medical cannabis program and state regulation on commercial hemp should go a long way toward reinforcing New Jersey’s reputation as the Garden State,” he said. “We are a New Jersey business, backed by a high level of expertise in this burgeoning industry, and are committed to building our business and making a deeper contribution to the economy of the state.”

His family’s business, Gro-Rite Greenhouses and Garden Center in Lincoln Park, has been in the state since 1973, providing direct-to-consumer agricultural crops via a small garden center on the family farm.

Now one of the leading growers and wholesale suppliers of flowers, plants, herbs and leafy greens in the Northeast, that business has grown to more than 150 acres of farmland and nearly 350,000 square feet of greenhouse space in both Pequannock and Belvidere.

When the company decided to enter the hydroponic food space nearly a decade ago, however, is when its third-generation family members began to see its next big business opportunity.

“We got into cannabis a little more than seven years ago,” VandeVrede said.

After graduating from Montclair State University in 1999 with a degree in business management and finance, VandeVrede worked his way up from greenhouse manager and has been president of the business for more than a decade.

During this time, VandeVrede also co-founded Edible Garden, the leafy-vegetable and local-focused division of the company. He then went to Irvine, California, to become chief operating officer and board director of a publicly traded agricultural company that a division of his family’s business had merged with in 2011 — Terra Tech Corp., which specializes in the cultivation of medicinal cannabis.

“I built out the whole West Coast of cultivation, extraction and dispensing of medical cannabis, which also turned recreational in some states,” he said.

That is, until he heard of the expansion of medicinal marijuana and hemp back home.

VandeVrede said he moved back to New Jersey and founded Hillview in 2018 to better help his family’s business expand into and improve the burgeoning industry.

“As medicinal marijuana patients increase here in New Jersey, there is a shortage of supply in the market and the quality of what’s out there is still middle-of-the-road, with patients not receiving the same product or quality every time they visit a dispensary here in the state,” he said. “The industry also has been tainted by some less responsible companies selling contaminated CBD products that don’t contain the same ingredients as promised on the packaging.”

Hillview, VandeVrede said, would like to be the company that solves that problem.

“Hillview and its industry partners are in active development of products and consumer education that support the public’s desire for an improved level of health, wellness and safety,” he said.

“By growing in greenhouses and producing our own product from seed-to-sale in a vertically-integrated way, we are able to keep our costs down,” VandeVrede said.

“Instead of growing basil, we could be growing hemp and medical cannabis for the New Jersey market,” he said. “The facilities can be transitioned very quickly — the cooling and heating, the nutrients and environmental systems, all of it can be utilized to grow cannabis and hemp. We would simply need to retrofit and add more growing assets to the greenhouses to control the crops’ environments at a higher level. For example, medical cannabis might require more dehumidification — but 80% of the required infrastructure already is built.”

But the company hopes to begin growing commercial hemp in New Jersey once it is issued a license.

“Gov. (Phil) Murphy just recently signed a bill legalizing the cultivation and processing of hemp in the state, and the Department of Agriculture is expected to start rolling out applications shortly,” VandeVrede said.

In December, Hillview also was one of 146 applicants to the Department of Health to cultivate, process and sell medical marijuana after the number of applicable patients doubled in the state under Murphy.

Hillview was not deterred and recently applied again.

“The winners will be announced sometime in the fall, but we are set up for it and ready to go,” VandeVrede added.

“We need a clear path to begin operating here,” VandeVrede said. “But, for example, as soon as we receive our license from the Department of Agriculture, we will partner with Rutgers University, a tremendous agricultural school, to help build relationships within the regulated industry.”

New Jersey is at a pivotal juncture in its medical cannabis and hemp programs, he added.

“As a New Jersey company, Hillview is anxious to be a part of the success of both programs and hopes that the state continues to advance legislation and regulation that will allow us to get to work in earnest,” VandeVrede said.

The growth will then be exponential, both in terms of job creation and tax revenue for the state, he added.

“In the last half of 2019, I think we will see both the hemp and cannabis industries explode with growth here in New Jersey,” VandeVrede said.