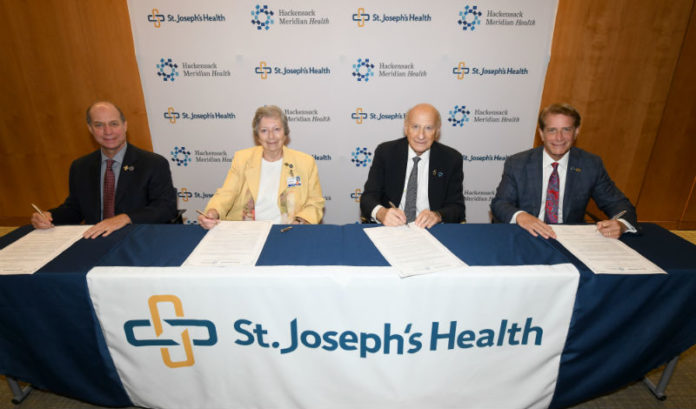 Dr. Roger Kierce, the chairman of Obstetrics & Gynecology at St. Joseph’s Health, knows all cancer treatment is local. And personal. Especially in the communities St. Joseph’s has served for more than 150 years.

“Most of our patients in the local community don’t have means to get into a car and go somewhere else,” he said. “You shouldn’t have to go onto a bus to go to another institution to get your chemotherapy and then come home ill. It’s not practical. Radiation therapies happen on a daily basis. We should make it convenient for the patients.”

It’s why Kierce said he had a hint of concern when he was placed on both the partnership committee and oncology work group 18 months ago, when the proposed clinical and strategic partnership of St. Joseph’s and Hackensack Meridian Health was presented.

“The main part of the oncology workgroup was to make sure that the mission was ensured,” he said. “That was premium. We wanted to make sure that the poor and the underserved, the unprivileged and those that cannot get care except for here got the best possible care that was possible and to stay Catholic. That was critical.”

And a main theme of Wednesday’s event.

While the formal announcement of the partnership came with the standard promises of better services at a lower cost that only size can produce, those involved stressed how this partnership was personal. Especially for those who are undergoing treatment for cancer.

The improvements will come quickly.

“Because it’s not a merger or an acquisition, we can get started right away,” Garrett said. “I’m excited about that. We can go roll up our sleeves right away, as soon as today, and provide world-class cancer care to the people of this area.

“This will have a huge impact on thousands of people.”

It will have a huge impact because of what HMH is able to bring to the partnership through the John Theurer Cancer Center it has at its Hackensack campus, its partnership with Memorial Sloan Kettering and the collaboration it has with the Georgetown Lombardi Comprehensive Cancer Center.

Cancer patients being served by the Paterson-based health system will have access to a higher level of care — and clinical trials — than ever before, Garrett said. And he said he only sees it getting better.

“Our partnership with Memorial Sloan Kettering helped us develop new clinical standards that directly benefited our patients and our (National Cancer Institute) designation with Georgetown expands the realm of clinical trials as well,” he said.

“And the focus we’ll be able to give to women’s cancers is great, but it’s going to go beyond that. It’s going to be women’s health in general, which is a huge issue, and we think it’s very much needed in Passaic County.”

Slavin said joining forces with HMH was the perfect fit on many levels.

“We were sought after by all the major systems in the state,” he told ROI-NJ. “So, we took a step back and said, ‘This is an opportune time for us to explore that and see if anything makes sense.’

“If it didn’t, we could have stayed independent, but this made the right sense now to move in this direction.”

The ability to provide better cancer treatment options — and do so locally — played a big role in the decision.

“That’s the hallmark of St. Joseph’s,” he said. “Our mission is to provide the world-class care, services for the local community, the underserved — particularly the underserved.

“With that as the mission, we knew we need to do better in cancer care. Our decision was we can accelerate that through a partnership and partnering with Hackensack Meridian and getting access to Memorial Sloan Kettering and Georgetown is going to help take us to another level.”

Kierce said he is a believer this partnership will take the health system to new heights.

“(Cancer care) is just the beginning,” he said. “I think our ability to join and make all types of services better is limitless.

“This is one of the most exciting things that has happened in my professional life. I have been true to St. Joe’s since I walked in the doors in 1985 as a student in my residency here and I cannot be happier to join the people of Hackensack because I truly believe we are identically mission oriented.”