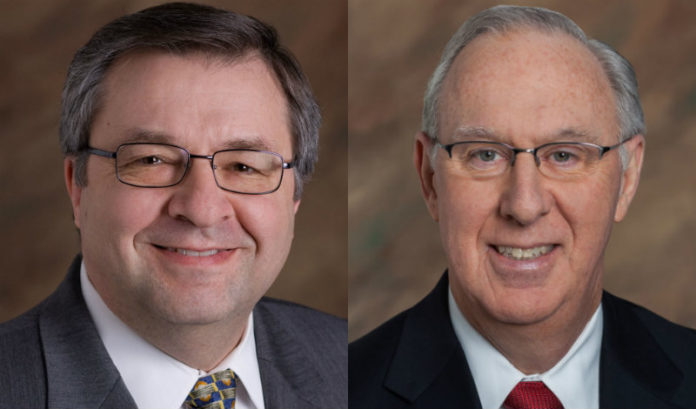 Kevin Conlin, the chairman and CEO of Horizon Blue Cross Blue Shield of New Jersey, is taking a temporary leave of absence to attend to medical issues, ROI-NJ has learned.

Conlin stepped away from the Newark-based health insurer earlier this month. He is expected to return by the end of the year.

In his absence, Mark Barnard is running the company.

Barnard, the executive vice president of government programs and operations, has been with the company since 2006.

“He’s a steady hand,” one person said, requesting anonymity due to the sensitive nature of the situation. “He’s is keeping everything on track, following through on all of our initiatives.”

Conlin made the announcement to key executives earlier in the month and followed that with a video presentation to the workforce.

Horizon spokesperson Tom Wilson released the following statement: “Kevin Conlin is working remotely for a short period of time while he gets care for a health condition. He expects to be in contact with his leadership team throughout his care, and has designated his senior officers to be responsible for decision-making in their respective areas should he be unavailable at any point. He is expected to resume a full schedule in the very near future.”

Gov. Phil Murphy, key legislative leaders and the heads of business partners with the company also were notified.

Horizon is by far the largest health insurer in the state, and one of the most prominent companies in New Jersey.

Here’s a look at Barnard, according to the Horizon website:

Prior to joining Horizon BCBSNJ in 2006, Barnard was the CEO and president of the National Account Service Co., an Atlanta-based information technology infrastructure provider for Blue Cross and Blue Shield plans nationwide.

Barnard spent six years at NASCO in roles of increasing responsibility, and 16 years with Electronic Data Systems, where he was ultimately responsible for overseeing all EDS operations for various Blue Cross and Blue Shield plans across the country. In addition, he was vice president at the MEDSTAT Group.

Raised in northern Michigan, Barnard earned a bachelor’s degree in mathematics education from Michigan State University. Prior to his career in health care, Barnard taught mathematics at the high school level and coached wrestling.

Active in community affairs, Barnard serves on the boards of directors of several nonprofit groups, and is an active volunteer for Habitat for Humanity, both nationally and internationally, and for the Boy Scouts of America.