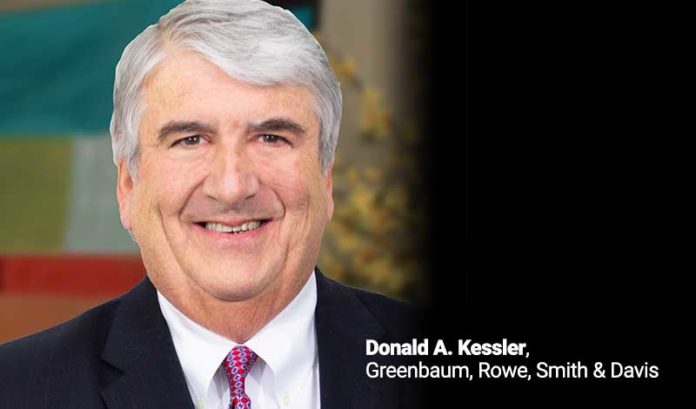 Greenbaum, Rowe, Smith & Davis LLP is pleased to announce that Donald A. Kessler, former judge of the Superior Court of New Jersey, has joined the firm as of counsel in the Litigation and Family Law departments. His practice will focus on the resolution of commercial and family law disputes through mediation and arbitration as an alternative to traditional litigation. Kessler will also provide discovery master services and consultation on case management, development of discovery, trial strategy and review of briefs.

Kessler recently retired from the New Jersey Judiciary, following 10 years of service as a Superior Court judge in Essex County, serving in both the Chancery and Family divisions. His time on the bench was preceded by 35 years in private practice. His experience with business disputes encompasses a broad range of matters, including those related to contracts, real property, employment, unfair competition, intellectual property, corporate and LLC issues, and consumer fraud. In the area of family law, Kessler’s experience includes issues related to alimony, child support, custody, equitable distribution, relocation, domestic violence and reimbursement of counsel fees.

Kessler is based in the firm’s Roseland office. 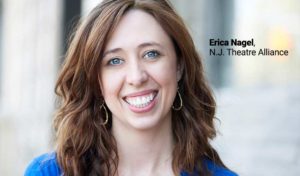 Erica Nagel of Oakland has joined the New Jersey Theatre Alliance in its newly established position of deputy director. Nagel comes to the Alliance from McCarter Theatre Center in Princeton, where she worked for the past eight years, first as director of education and engagement and, more recently, as director of creative development and strategy. Prior to her time at McCarter, she served as producing associate and resident dramaturg at Premiere Stages in Union.

“I’m thrilled to be joining the Theatre Alliance at this moment in time,” said Nagel. “I’ve experienced the impact of their work from the member theater perspective, and I’ve long appreciated the integrity and passion with which the organization helps theaters build capacity and supports theater professionals throughout the state. The Theatre Alliance is always looking at how they can be most effective and successful in helping the theater ecology in the state flourish, and I’m excited to work with the board, the staff and the member theaters to help expand and increase that impact.”

The position of deputy director will work closely with the Alliance’s executive director, John McEwen, on strategic planning, operations, fundraising, and program development. 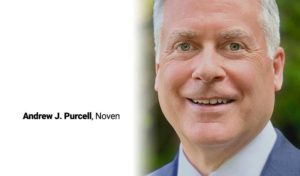 In this new role, Purcell will develop and lead Noven’s marketing and sales team as Noven prepares for the potential launch and commercialization of HP-3070 (asenapine) transdermal drug delivery system, a new investigational patch product for the treatment of schizophrenia. A New Drug Application is currently under review by FDA for HP-3070, which was developed by Hisamitsu and, if approved, will be commercialized by Noven in the United States.

Purcell joins Noven with over 25 years of commercial experience in the U.S. pharmaceutical industry. 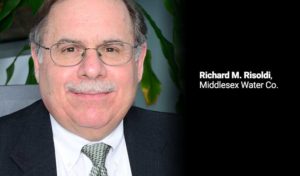 “As chief operating officer of Middlesex Water, Rick’s numerous responsibilities included oversight of water and wastewater treatment, engineering/construction, capital projects, disaster recovery, large technology implementation, regulatory compliance and safety,” said Dennis W. Doll, Middlesex Water CEO and president. “We are grateful for his expert leadership and for the smooth transition of oversight of key responsibilities to the team now assuming familiar but larger leadership roles. We wish Rick good health and happiness in his retirement and congratulate the new members of our executive team.”

Wayside Technology Group Inc. announced that Dale Foster has been promoted to the role of president of its Lifeboat business.

Foster previously served as the company’s executive vice president, having joined Wayside Technology Group in January 2018 with over 20 years of industry and channel experience. Prior to joining the company, Foster was with Promark Technology since 1988 and served as CEO and president since 1997.

Pillar College is proud to announce that Rupert A. Hayles Jr. has been appointed as the chief operating officer at Pillar College. A high-level corporate leader with insight, knowledge and strategic vision, Hayles is an expert in strategic management, strategic technology management and operational and general management execution. He has over 20 years in leadership and management capacity at organizations such as Cytec Industries, Prudential Financial and Merck. He has an MBA from the Wharton School of the University of Pennsylvania and is currently a Ph.D. candidate at Regent University, with a specialization in leadership traits and emotional intelligence.

“I’m excited to be taking the reins at Pillar College, an evangelical Christian college with so much to offer, yet still remains one of New Jersey’s best kept secrets,” he said. “As its new chief operating officer, I am accountable for the integration of processes across the organization in addition to direct accountability for six key areas: operations and strategy, business & finance, human resources, marketing, information technology and facilities management. I look forward to knowing that by streamlining our operations and internal communications, we can better serve our constituents and focus on our true mission: providing a Christian-based education of higher learning that prepares students to serve in the real world.”

Wilentz shareholder Edward T. Kole has been installed as the president of the Association of the Federal Bar of New Jersey, at its 43rd Annual William J. Brennan Jr. Award Reception, held earlier this year at Mayfair Farms in West Orange. Previously, Kole served as the association’s president elect.

The association is the preeminent bar association for the federal court of New Jersey, which among other things, links members of the private bar with federal judges to share views on topics of mutual interest affecting federal practice.

Evan Weiss, an expert in public finance and economic development, has been hired by the New Jersey Economic Development Authority as senior adviser for public finance. Weiss is on mobility from the EDA to the Governor’s Office, where he will report to Deputy Chief of Staff for Economic Growth Joe Kelley and Chief Policy Adviser Kathleen Frangione.

“Hiring Evan from the private sector is a major step in achieving the kind of economic prosperity and job growth we envision,” said Gov. Phil Murphy. “Evan’s experience creating effective and lucrative partnerships between public and private entities, as well as his expertise in tax incentives and Opportunity Zones, will serve New Jersey well as we move into the next phase of economic development.”