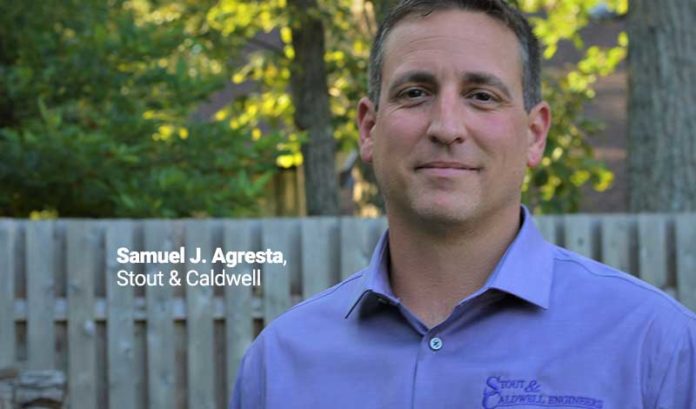 In his role as professional engineer and project manager, Agresta will work with both private and municipal clients, providing site layout, stormwater analysis, structural design, permitting and public hearing attendance. His responsibilities will include the hands-on design of site plans, subdivisions and utility replacement including preparation of surveys, CAD drafting, concept plans, specification writing and drainage design. 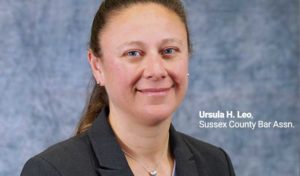 Prior to joining Stout & Caldwell, Agresta held similar positions with both Remington & Vernick Engineers and Polistina & Associates, where he managed projects in excess of $5 million annually and had specialized expertise in senior exercise, rehabilitation sites, sports fields and various recreation facilities. He has also served as a municipal consulting engineer for Bordentown, Hillside, Orange and other state municipalities.

Ursula H. Leo, a partner with the law firm Laddey Clark & Ryan LLP, and chair of the firm’s Employment/Labor Practice and Government Services groups, was installed as president of the Sussex County Bar Association this summer.

Leo follows a long and strong tradition of leadership by the firm in the Sussex County Bar Association. She is the seventh Laddey Clark & Ryan attorney in the 30 years of the firm’s existence to serve as president.

Leo was sworn in by Superior Court Judge Michael Gaus. 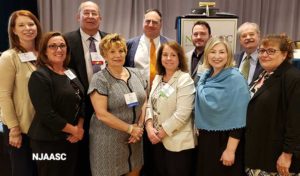 The New Jersey Association of Ambulatory Surgery Centers has elected new officers to its board of directors. They are:

The announcement follows the May election of two new members to its board, McAteer and Melissa Bushnell of AtlantiCare. Other NJAASC board members include: Edmund Abramovitz, the Alexander Group Consultants; Sharon Gelardi, the Gastro SurgiCenter of New Jersey; Michael Graziano, Clifton Surgery Center; Joan McKibben, Ambulatory Surgical Center of Somerset; and Andrew Weiss, NJAASC Immediate past president, Summit Surgical. 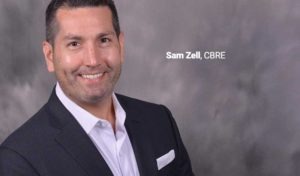 CBRE announced that Sam Zell has joined the company’s Philadelphia-area offices — including South Jersey — to serve as senior vice president. In his new role, he will partner with the Multifamily Capital Markets team comprised of Spencer Yablon, John McFadden, Robert Miller, Michael Jahnle and Samantha Kupersmith.

Zell is a 17-year veteran of private equity-funded acquisitions in institutional-quality real estate investments, with an emphasis in the multifamily sector. Prior to joining CBRE, he most recently led the charge in creating a high-quality multifamily portfolio in the Northeast for Buligo Capital Partners. Prior to Buligo, Sam was a tenured transactions professional with Resource Real Estate Inc. in Philadelphia, where he was responsible for acquiring, financing and divesting of over $2 billion in commercial and multifamily assets, collectively.

“We are thrilled to have such an experienced veteran join our multifamily capital markets team,” said Yablon, also a senior vice president. “Sam will allow us to continue to expand our already strong relationships with institutional and non-institutional clients.”

Care Plus NJ Inc., known as CarePlus, a pioneer in integrated primary and behavioral health services for adults and children, announces the appointment of five new members to its board of trustees.

Michellene Davis, executive vice president and chief corporate affairs officer of RWJBarnabas Health, was awarded the Woman Of Excellence Award by the Northern New Jersey Chapter of the National Organization of Black Law Enforcement Executives, NOBLE. The award is presented annually to an individual who exemplifies NOBLE’s commitment to public service and action, with a focus on addressing the laws and policies that impact equity in communities.

During the ceremony, Davis was surprised with an additional honor, the Corporate Partner Award, presented to RWJBarnabas Health in recognition of Davis’ work on building resiliency within the law enforcement community. Davis’ work addresses violence as a public health issue, by leading initiatives and systems change to foster physical and mental well-being through nutrition and exercise programs, behavioral health resiliency training and support, and community violence prevention. Davis’ work emphasizes that those who work in or live in environments with higher incidence of violence need customized and unique support from healthcare providers to be healthy and well.

Jacobs most recently served as senior vice president of long-term care at Sunshine Health, Florida’s largest Medicaid long-term care health plan. From 2010 to 2016, she was a member of the Medicaid leadership team at Amerigroup New Jersey, most recently as chief operating officer. Earlier in her career, Jacobs worked in the New Jersey Senate Majority Office on a range of legislative initiatives.

Holy Name Medical Center announced the appointment of Jean T. Jordan to the position of vice president of oncology services at the Patricia Lynch Cancer Center and Breast Center at Holy Name.

“We are thrilled to have Jean lead our oncology services teams during an exciting time for growth,” said Michael Maron, CEO and president of Holy Name. “Jean will be working closely with all members of the Patricia Lynch Cancer Center team, the Breast Center, our physician network and other members of the medical staff to provide leadership, vision, strategic direction and integration for Holy Name’s continuum of oncology services. She will oversee all the Cancer Center’s administrative and financial responsibilities with a goal toward expanding services and ensuring that patients receive the highest quality, safe, innovative and compassionate cancer care.”

The New Jersey Democratic State Committee has hired Tolulope Kevin Olasanoye as its new executive director. An experienced political operative, Olasanoye most recently served as the executive director of the Rhode Island Democratic Party and previously worked on President Barack Obama’s 2012 re-election campaign, as well as many others on the federal, state and local levels. He replaces Liz Gilbert, who recently started a new position as president of the Milwaukee 2020 Democratic National Convention Host Committee. Olasanoye started Aug. 5, and Gilbert will also continue to serve as an adviser to Gov. Phil Murphy and NJDSC.

“Democrats across the country are taking notice that Gov. Phil Murphy is leading New Jersey in a more progressive direction, and that inspiring leadership is a major reason why I was attracted to this position where I will be able to join in that fight,” said Olasanoye. “I can’t wait to get to work in helping NJDSC continue growing its impact and reach and pushing to elect more Democrats at all levels.”