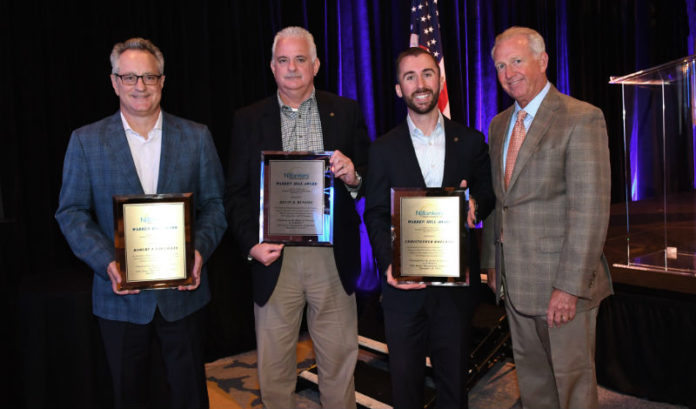 Three New Jersey bankers have been presented with an award from the New Jersey Bankers Association in recognition of their time and talents to the NJ Bankers committees.

The Warren Hill Award was established in 1998 to honor Warren Hill, the former president of the New Jersey League of Community Bankers from 1966 to 1975. The league combined with NJ Bankers in 2009.

The award recipients include:

“Chris, Kevin and Rob demonstrated an overall commitment to the Association by providing assistance to NJBankers legislative and regulatory efforts and in developing educational content for the membership. Other criteria includes the member’s effectiveness in recruiting new members to the committee and in assisting staff in new member or associate member recruitment efforts,” John E. McWeeney Jr., CEO and president, NJBankers, said.

The awards were presented at the NJBankers annual Senior Management Conference.