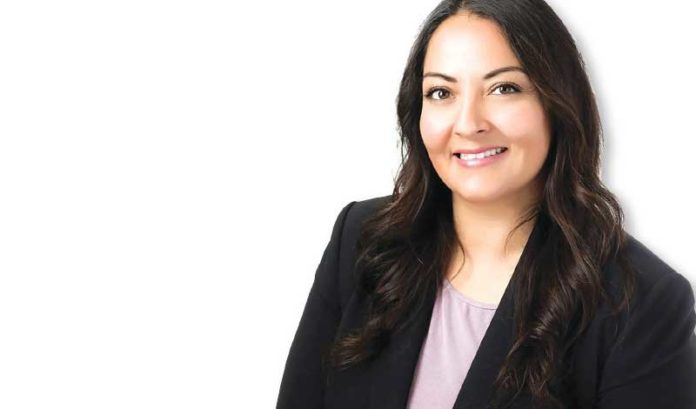 Guatemalan immigrant Julia López knew from early on what she wanted to do. Nothing short of becoming a lawyer would allow her to have the sort of impact on her community she wished for.

She believes in the power the profession offers. So, it’s especially troubling to her that she often finds herself asking the question:

Where are all the Latina lawyers in New Jersey?

The Hispanic population continues to grow in the Garden State, and has been estimated in recent census studies to be almost 20%. That’s slightly higher than the national average.

Despite that, Hispanics are disproportionately underrepresented in the legal field, in New Jersey just as much as elsewhere. Hispanic National Bar Association statistics put them at only about 4% of lawyers across the country.

López said, discouragingly, only about 2% of lawyers are Latina, with less than 1% being at the partner level of law firms. The New Jersey statistics don’t improve, even with its higher population of Hispanic individuals compared with other states.

This makes López, an attorney at ReedSmith LLP, a rarity. But she’d rather not be, which is why she’s also president of the Hispanic Bar Association of New Jersey, where she has been working to increase the number of Hispanic individuals hired and kept on board at law firms.

“You have this population that’s growing exponentially but is still grossly underrepresented in the profession,” she said. “We see Latinos and Latinas increasingly going into law firms, but we don’t see them being retained. One of the things we do is provide them with support they need to be successful in these places.”

At her own firm, she’s taking on a leading role in its hiring committee in a way that has allowed her to recruit more Latino and Latina professionals.

But the hurdle to getting more of their resumes on law firms’ desk is sometimes much earlier.

“Just taking my own experience, I didn’t have anyone in the family that went to college or law school,” López said. “Often people who have that same experience need extra support.”

That’s where the state’s Hispanic Bar Association comes in. It has been giving out scholarships for the past four decades, and awarded more than $100,000 to help tomorrow’s Hispanic legal professionals get the degrees they need last year.

The organization also has a program focused on students earlier in the pipeline. The association goes into high schools in Passaic and Union City, where Hispanic populations are the majority demographic, and provides guidance about college educations that will land them in the legal field.

López, who went to Rutgers Law School and Georgetown University for her own education after an upbringing in the Hispanic-majority city of Elizabeth, expects a lot of the growth in the amount of Hispanic legal professionals to come from the next generation.

But just getting them in the door wouldn’t put the demographic at parity.

“We need them to be part of leadership roles at law firms, too,” she said. “And that goes for other areas of the law, such as judges, as well. We face dismal statistics there, too. … So, there’s still a lot of progress to be made, even if we’re very proud of the work we’ve done so far.”

Reach the Hispanic Bar Association of New Jersey at: njhba.org.