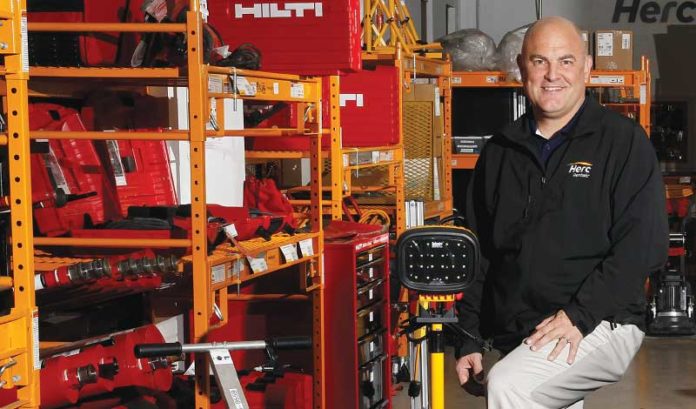 Rob Cowing walked into the Newark facility he had walked into thousands of times during his career at HERC Rentals. This time, however, was different.

Cowing had to turn around, walk out — and regain his composure.

More than 200 employees — some from as far away as Virginia — were waiting for him. As were his wife and two kids.

The visit wasn’t for a meeting to “go over some things” at the organization’s busiest branch, as he had been told the night before. It was to honor Cowing, the company’s Northeast Region vice president, for 25 years of service.

It was a special day for Cowing. One few employees get to enjoy anymore. And that’s a shame.

So many companies make attracting the next generation of their workforce the top priority. Longtime employees? They often are taken for granted or, worse, easily discarded.

HERC Rentals was taking a page from days gone by. It was honoring an employee it had been able to retain at the first job he took out of college.

“We, as a company, try to honor our people on milestone anniversaries,” Hepsen said. “But, usually, it’s supervisors honoring their employees.

“I don’t think our senior people get recognized the way they should sometimes. Rob is the kind of guy who tries to avoid the spotlight; I thought this was the perfect time to let him know how everyone feels about him.”

Hepsen, who has worked with Cowing for more than two decades, said it didn’t take much to organize the party.

It was quickly decided the Newark facility would be the best place. It was big enough to have a cookout and the cornhole tournament that went on until the end of the day. More than that, it was home.

“This isn’t something we wanted to do at a restaurant,” he said. “We felt something in the branch that he ran back in the day would be special.

“And because it was during the course of the day, all layers of people could celebrate with us. It wasn’t just sales reps and managers. Drivers and mechanics and everyone who comes in and out of the shop could honor him and say thanks for all that he does.”

Cowing, who oversees a territory that stretches down to Virginia, out to Western Pennsylvania and up to Massachusetts, does plenty.

And not just as a supervisor.

Hepsen said Cowing’s leadership was instrumental when the company broke away from Hertz Global Holdings, forming its own unit in 2015.

“He was a big reason I stayed, and I know a lot of people feel the same way,” he said. “It’s nice that we could show him how much we appreciate him.”

“The luckiest day of my life was walking into this company 25 years ago,” he said. “The relationships I’ve made will last a lifetime and span across all 50 states and throughout Canada.

“To say that day has inspired me for the next 25 years is an understatement. Whoever says the family atmosphere is dead in Corporate America has never worked for HERC Rentals in the Northeast.”

When’s the last time someone in your company said something like this — something everyone in attendance that day surely agreed with?

Attraction and retention. It’s not just about the next generation of employees.

More companies need to learn how to honor the ones they have now.