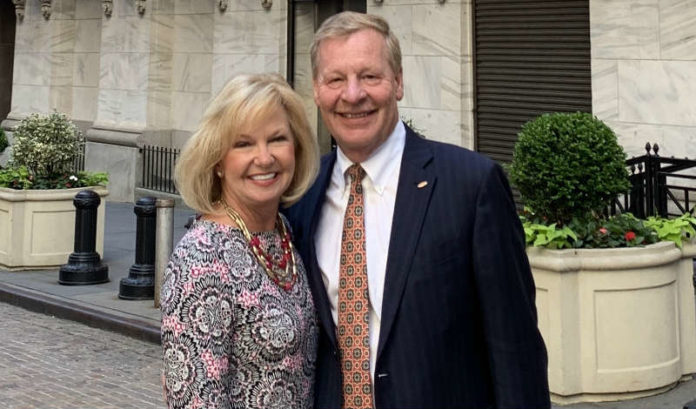 Dupont Executive Chairman Ed Breen and his wife, Lynn Breen, have made the largest single gift in Hun School history, donating $5 million to the Princeton private school, it announced Wednesday.

The Breens, whose three children graduated from the Hun School in the early 2000s, made a gift in support of an $8.7 million construction project to build a state-of-the-art STEM Center and transform the school auditorium into a full-equipped performing arts facility.

“It is impossible to exaggerate the impact that Lynn and Ed Breen have had at the Hun School,” Headmaster Jonathan Brougham said in a prepared statement. “For over two decades, they have devoted their uniquely wise and compelling leadership to the school as trustees, volunteers and benefactors, and Hun’s bright future is in no small part the result of their vision and support.

“The entire Hun School community joins me in thanking the Breens for their remarkable gift and their ringing endorsement of the teaching and learning that take place every day on our campus.”

The new STEM Center will include four science, technology, engineering and math laboratories, as well as classrooms and technology, according to Hun Board Chair Stephen Wills. He added that the auditorium project will include modern sound and lighting systems, new facilities and an entrance renovation.

“Although our children graduated years ago, we will always be grateful for their Hun School education and experience, and its continuing influence in their lives,” the Breens said in a statement. “Hun is an outstanding school, and we are both deeply committed to supporting its vital mission and bright future.”

The Hun School has 650 students in its Middle School, Upper School and Postgraduate programs.