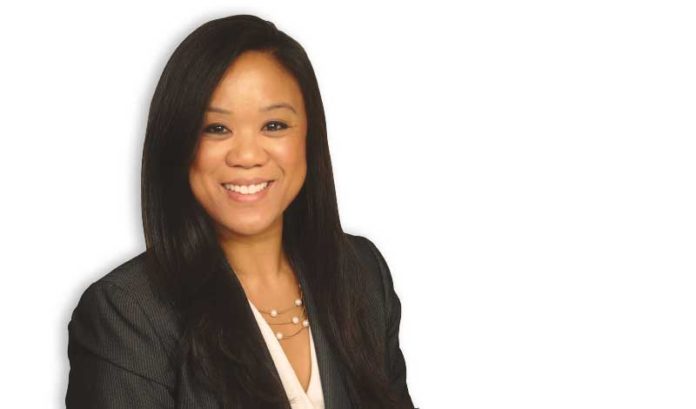 A warehouse hastened by hard labor, packed with towering tire stacks and other automotive parts, probably isn’t where you’d expect an accountant to start her day.

But that’s exactly where you’d find yourself as the sun rises if you were to walk in the shoes of accounting professional Sandra S. Juan-Emmert.

She’s one of the accountants you don’t always hear about — those who have made the leap from the typical public accounting firm setting to an industry environment.

And, after spending about as long working as a controller for the state’s largest auto parts warehouse, Buy Wise Auto Parts, as she did working in public accounting, she’s certain the transition was the right road to travel down … and that it might be right for others, too.

But it wasn’t easy coming from working at a public accounting firm, a small company that eventually merged into the global accounting group Mazars, and having to learn the ropes all over again.

“There was definitely a transition period for me,” Emmert said. “I dived right in. Nothing really prepared me for being in industry. I think the skillset you need comes from having a good work ethic and an eagerness to learn.”

Besides how the job descriptions differed, she had make some adjustments in the switch from a corporation as large as Mazars to a closely held family business that was passing the torch to its fourth generation.

The nuts and bolts of accounting work were all there: taxes, financial statements and the rest.

But becoming controller and the de-facto chief financial officer of a small business means getting familiarized with the world outside multi-page spreadsheets.

“One of the main differences between those two jobs is, when you’re in industry, you can really experience the product behind the financials,” she said. “Whether through walking through the warehouse in the morning or visiting customers a couple times a month, you get to know a lot about the products and services of the company you’re working for.”

Emmert also oversees aspects of the business that certified public accountants typically wouldn’t get involved in, including sitting down with human resources for meetings about employment law.

“I’m basically the nosy busybody,” she said. “I get involved in everything in the controller seat, because all roads lead to finances.”

The role gives her a different insight into situations like the recent trade tariffs, knowing firsthand how they impact all areas of a company’s operations.

And, even in a position that oversees a company’s balance sheet, she has to remain apprised of tax policy as well as how to do projections and tax estimates for individual taxpayers based on those changes, as most public accountants would.

“I really have to pay attention to that, too, because it affects the personal finances of the owners of the business,” she said. “That money is sometimes interchangeable with distributions in the company in terms of how money flows from company to them and vice versa.”

As the bottom-line caretaker of a company that, six years into her role, has grown from $35 million to about $55 million, Emmert expressed that there’s a rewarding element to being crucial to a booming enterprise.

Public accounting might not have that, but it’s still where most would-be accountants expect to end up. The increasingly millennial-friendly flexible work arrangement policies at public accounting firms are a big part of that.

Emmert, who received a New Jersey Society of Certified Public Accountants 2019 Ovation Award for her work “advancing New Jersey’s accounting profession,” expects some portion of the next generation of accountants to follow in her footsteps regardless.

“I think the newer generation of accountants might be missing becoming a complete advisory role otherwise,” she said. “The need for the controller role is really vital.”