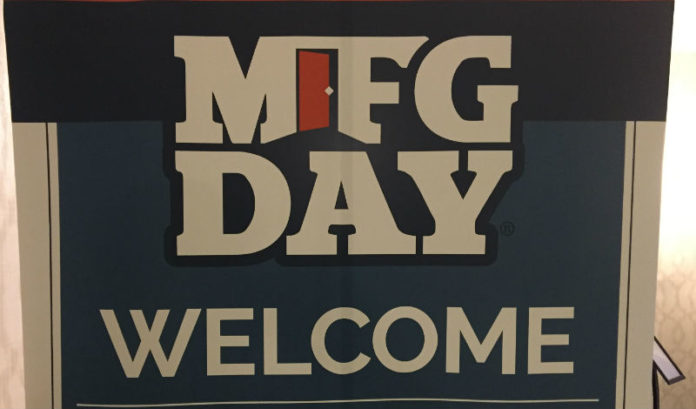 Gov. Phil Murphy starting preaching about the value of apprenticeship programs when he was on the campaign trail.

Since taking office, he has tasked Robert Asaro-Angelo, the commissioner of the Department of Labor & Workforce Development, with finding ways of implementing a strategy.

Much of that falls on the New Jersey Office of Apprenticeship.

ROI-NJ caught up with Nicholas Toth, the assistant director of that office, on Friday at Made in New Jersey, the National Manufacturing Day event sponsored by the New Jersey Manufacturing Extension Program.

Toth explained the value of apprenticeships and what his office is doing to promote them.

Here’s a bit of the conversation, edited for space and clarity.

ROI-NJ: Explain why apprenticeship programs — which many think are a relic of the past — are so important for today and for the future?

Nicholas Toth: New Jersey is facing a record-low unemployment rate. I think it’s the lowest rate that we’ve had in the 40 years since we’ve been keeping data. And that puts industry in a really tough position because the available labor doesn’t exist for the jobs that they’re trying to hire and recruit for.

So, what do you do when you can’t find someone on the open market to recruit? You have to train them and you have to upskill them. You have to educate them. So, what we do at the Office of Apprenticeship is we really bring industry, education and the supply of labor together to build a registered apprenticeship model that solves that problem in the market.

ROI: How do you convince the next generation of workers that this is a solid option?

That’s a real thing that I think we need to communicate more broadly in New Jersey so people understand. The economics are there. And, with the looming student loan debt crisis that we’re facing, I think it’s just the perfect time for people to begin to rethink not only apprenticeships in traditional sectors and skilled sectors, but also nontraditional sectors, like health care and technology, where we’re seeing a lot of growth.

ROI: Speaking of stereotypes, we also hear it’s not accurate to say apprenticeships programs are only available for younger people who may opt for them over college. Is that accurate?

NT: Absolutely. One of the programs that we developed last year is called GAINS, or Growing Apprenticeships in Nontraditional Sectors. Those funds aren’t used to support only programs for youth, but they’re also training the adult population and incumbent workers.

So, for instance, if you’re in an advanced manufacturing company and your job is going to be eliminated because of foreign trade, companies are using the apprenticeship model to train that individual for a different job. This way, they can hold on to them and they just don’t have to lay people off.

That’s why apprenticeships are a really flexible model that it is able to serve multiple aspects of the labor market, from youth to the adult population.