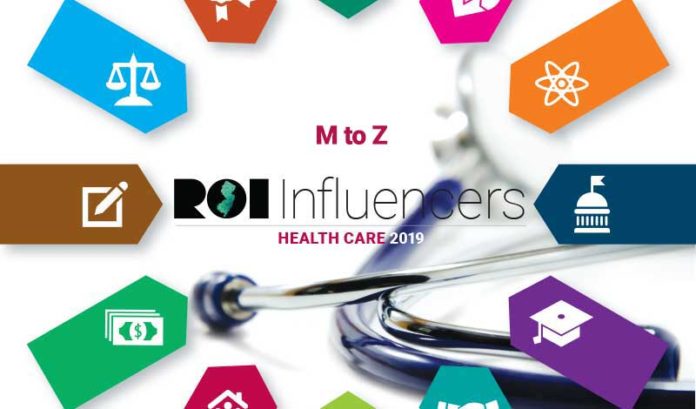 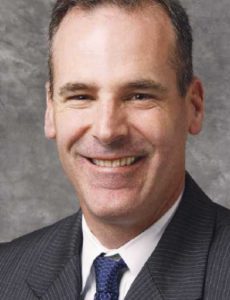 Paul Marden
CEO
UnitedHealthcare
As the regional lead for UnitedHealthcare, Marden has slowly grown more comfortable in the role, helping UHC increase its presence in the state. Marden, who recently joined the board of the New Jersey Chamber of Commerce, is a frequent panelist in the health care world. 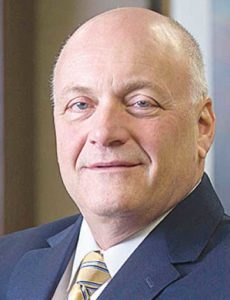 Michael Maron
CEO
Holy Name Medical Center
While his peers have chosen different paths, Maron remains a staunch advocate for the provider community from his seat at the helm of one of the last stand-alone hospitals in the state. He remains an influential, honest and transparent advocate for the business of health care, and searches for strategic partnerships to boost Holy Name’s operations and capabilities. He is often seen as a fearless leader, and brutally honest about the challenges and obstacles health care faces today. 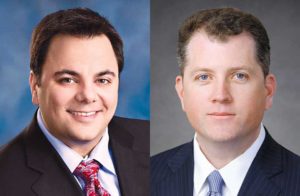 Anthony Mazzarelli and Kevin O’Dowd
Co-CEOs
Cooper University Health Care
It’s unusual for co-CEOs to coexist — but Mazzarelli and O’Dowd are making it work for the most important hospital in South Jersey. Cooper Health continues to be a driving force in Camden and the surrounding areas. 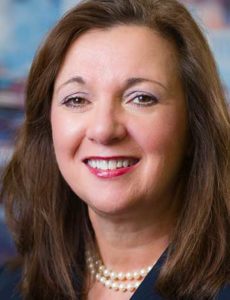 Trish O’Keefe
President
Morristown Medical Center
O’Keefe began her career as a bedside nurse at what was then Morristown Memorial Hospital, eventually rising to president in 2016. Morristown was the only hospital in the state to achieve the Healthgrades 2019 America’s 50 Best Hospitals Award. In 2017, it received three of the most sought-after industry honors: America’s 50 Best Hospitals by HealthGrades, an “A” safety grade by Leapfrog and five stars from the Center for Medicare and Medicaid Services. 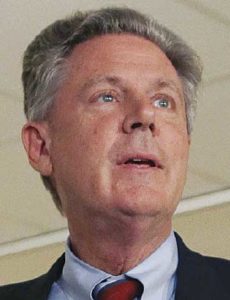 Frank Pallone
U.S. Representative
D-N.J.
A key co-sponsor to House Speaker Nancy Pelosi’s drug pricing bills, Pallone is cementing his name as a health care policy leader. As chair of the House Energy & Commerce Committee, under which health care falls, Pallone’s support of transparency and change, despite the known donations from the pharma industry, have earned him a trustworthy stature on the Hill. 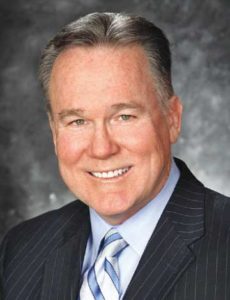 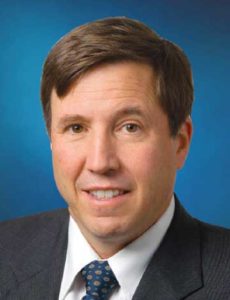 Andrew Pecora
CEO
Outcomes Matter Innovations
Pecora is no longer a full-time employee at Hackensack Meridian Health; he now heads a Jersey City-based startup. Pecora, however, has not left HMH completely. He still maintains an office there and continues to work as a consultant, involved in much of the big-picture strategizing at the Center for Discovery and Innovation, the John Theurer Cancer Center and HMH’s partnership with Memorial Sloan Kettering. 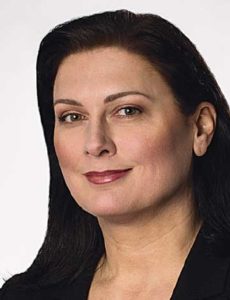 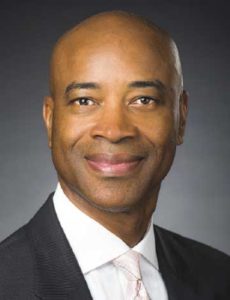 Dennis Pullin
CEO
Virtua Health System
Manning the deck for the largest health care provider in South Jersey, Pullin is a fresh face dodging the struggles of his peers. While neighboring brands have folded into out-of-state ownership, Virtua remains strong under Pullin’s lead, including revitalizing a deal considered dead to acquire two other hospitals in the region. Pullin quickly figured out the New Jersey landscape is a political one and has been a good neighbor and worked to foster relationships with health care leaders. 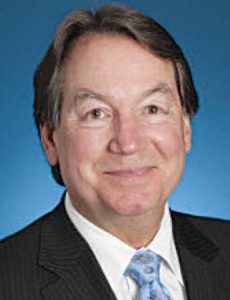 Steve Rusckowski
CEO
Quest Diagnostics
Leading one of the biggest names in lab testing is no easy feat, especially in an age when the entire health sector is under a microscope. But Rusckowski has a full understanding of, and is steering Quest in the direction of innovative ideas such as greater engagement through retailers and retail locations. There also has been a recent push into being in-network with health care giants like Horizon BCBSNJ and UnitedHealthcare. 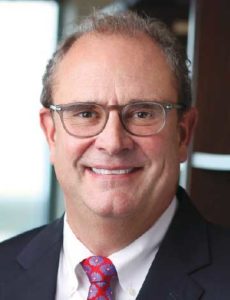 Ward Sanders
President
New Jersey Association of Health Plans
As the country scrutinizes health care costs, whether it be drugs or insurance, the calm and cautious Sanders always strikes the right tone. It’s why everyone — yes, everyone — respects him on health care policy in the state. Beyond his booming voice and tall stature, his knowledge commands the attention of legislators and industry insiders alike. 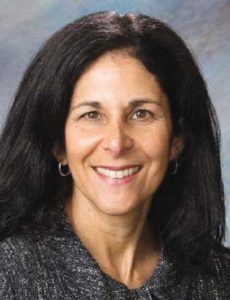 Linda Schwimmer
CEO and president
New Jersey Health Care Quality Institute
Schwimmer’s measured approach and strategies have helped the HCQI maintain an edge in the policy space. Rather than wait for laws to be enacted, the HCQI works to prove strategies, programs and methods work. That includes one of the hyperlocal strategies of engaging mayors in the health care of local communities. She also has the ear of some key politicians in the state who frequently introduce health care legislation. 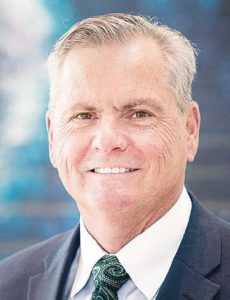 Don Sebastian; Tomas Gregorio; Haro Hartounian
CEO and president; Executive director, health care systems innovation; Executive director, biotechnology & pharmaceutical innovation
New Jersey Innovation Institute
Sprouting up from its Newark roots, New Jersey Institute of Technology has seen significant growth onto a broader statewide landscape in recent years. Thanks, in part, to the advocacy of Sebastian, and his stellar team in Tom Gregorio and Haro Hartounian. The three make up the key force behind NJII’s health care leadership in the innovation space, and their strategic partnerships with Rutgers and HMH, as well as the state, have played out well. The institute is especially growing in the gene therapy space, which is a trending area in the life sciences. Sebastian is well-connected at the highest levels of state government, and works comfortably alongside some of the most influential business leaders in the state and country. 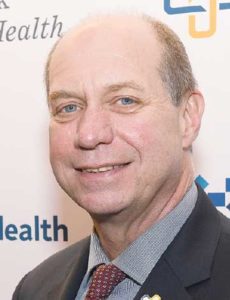 Kevin Slavin
CEO
St. Joseph’s Health
As if being the head of one of the top Catholic hospitals in the country was not enough, Slavin recently completed a partnership with HMH that will allow his at-risk population to gain added services (especially in cancer care) while the hospital retains its independence and its committed to the Catholic philosophy of care. 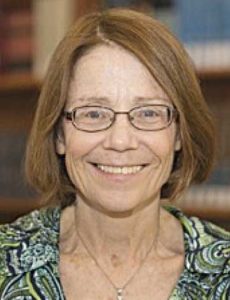 Bonita Stanton
Dean, Hackensack Meridian School of Medicine
HMH
The founding dean of HMH’s medical school and the president of academic enterprise, Stanton has helped put the institution on the map from the beginning. Unique elements of the program shaped by Stanton include a three-year core curriculum with the ability to graduate and enter residency after three years; an individualized fourth-year curriculum; and, through the strength of the network and partners, maximized collaboration and optimized innovation. 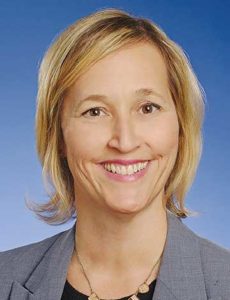 Christine Stearns
Director, Government Affairs Dept.; admin. director, Trenton office
Gibbons P.C.
Stearns doesn’t miss a beat on health care goings on in the state. Whether it’s policy, budget or industry trends, insiders regularly cite Stearns or seek her counsel. She also has a reputation as a powerhouse among female leaders in the state, regularly on panels for both women’s events and health. That dual role keeps her busy, but she manages to stay tuned. Her objective analyses on Trenton happenings is a rare find in today’s political bubbles. 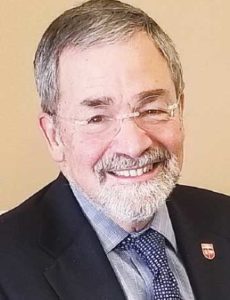 Brian Strom
Chancellor, Biomedical and Health Sciences
Rutgers University
Sitting in the hot seat as Rutgers charters into new territory with RWJBarnabas Health, Strom has a task before him. But this is just the latest after Rutgers restructured under then-Gov. Chris Christie’s administration to form its current health studies department. The evolution only seems to continue, and Strom’s proven ability to handle the change is where his influence lies. 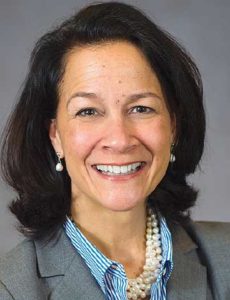 Jen Velez
Executive vice president, community and behavioral health
RWJBH
A longtime leader in health care initiatives in the state (she once topped a health care power list for her work as human services commissioner), Velez continues to have impact as one of the leaders of RWJBarnabas’ community health initiatives. 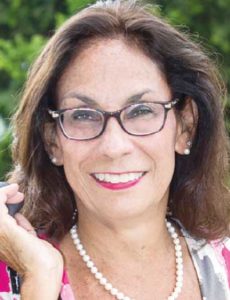 Deborah Visconi
CEO and president
New Bridge Medical Center
It’s hard to overstate Visconi’s impact. She took over the state’s largest hospital, an ailing institution that had a sunken reputation, and has reinvigorated the facility and community with hopes of a brighter future, especially in today’s world of increased focus on mental and behavioral health care. And she’s just at the beginning of her tenure. 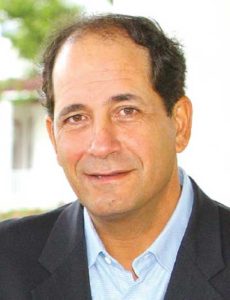 Joe Vitale
Senator
D-Woodbridge
A state senator for more than two decades, Vitale has made his mark as the go-to legislator for health care issues. He is the chair of the committee on health, human services and senior citizens. 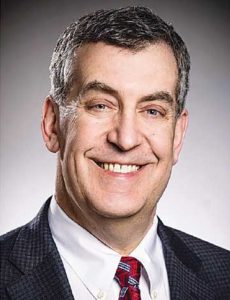 Eric Whitman
Medical director
Atlantic Health
Whitman, who oversees oncology services for Atlantic Health System Cancer Care, recently helped launch the Breakthrough Oncology Accelerator, a pioneering research and clinical collaboration designed to improve patient access to the most innovative and sophisticated trials and therapies for cancer. He is a widely published and known internationally for his melanoma clinical and research work.