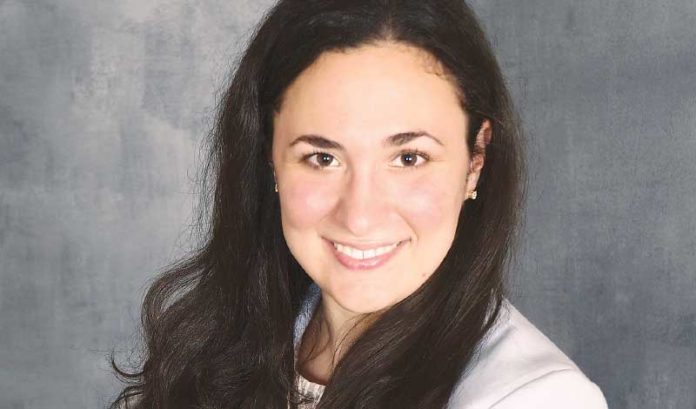 When she turned 21, Melissa Dardani was ready for adulthood. She had a lot of the things people her age can count on:

A new college degree, some career prospects … and more than $180,000 in student loan debt.

“I was completely and utterly overwhelmed with the level of debt I had taken on,” she said. “That’s a mortgage. It seemed like I’d never be able to pay it back, even in a lucrative job. So, I was really beside myself and worried about it.”

Dardani became an accountant with the education she’s still paying for. And it’s looking more likely that the millennial, who currently serves as manager of the global forensic consulting services for Baker Tilly, will spend a lot of that career managing the financial life of people just as burdened with student loan debt as herself.

Even if the clientele of local accounting firms tends to be on the older side of the state’s demographics, these professionals expect to soon face the travails of managing money at a time when massive student loans are dime a dozen.

“I’m very attuned to the fact that it’s not going to take long before my generation is the generation of clients we’ll be going after,” Dardani said. “Then, we’ll see more of the problem.”

Student loan debt has ballooned across the country to about $1.5 trillion, based on various sources. That’s almost double the country’s credit card debt of just over $800 billion, according to credit reporting company Experian. It’s also higher than the $1.27 trillion national auto loan balance Experian recently reported.

If it wasn’t obvious enough, it’s being called a crisis by the people watching wallets — accountants.

More than 80% of the accountants that responded to a recent New Jersey Society of Certified Public Accountants survey agreed that student loan debt is a crisis. Poll respondents reported that they’ve already seen clients putting off life decisions and purchases due to their high student loan debt.

In fact, the NJCPA formed a student loan task force after a small survey with members of the organization made it clear that a large majority of their younger members were carrying significant student loan debt.

Don Meyer, chief marketing officer at the organization, described the group as interested in educating loan-saddled association members and the general public about the depth of the issue.

Meyer said that begins with identifying that this isn’t merely a millennial problem.

“It’s also a big issue for (Generation) X or even baby boomers,” he said. “Besides them having their own student loans, it makes sense that they’d take on some of the burden as a parent or even grandparent for loved ones who are current college students.”

Surprisingly, a 2018 Experian report put Generation X — middle-aged folks somewhere between 40 and 55 years old — ahead of the average student loan balance of millennials nationally. The average per millennial was about $34,500, compared with the $39,500 of the later generation.

To make matters worse, Meyer said, New Jersey’s residents have higher rates of student loans than most states. That’s only exacerbated by the fact that the state already comes at a premium in terms of cost of living and taxes, he added.

So, it’s important that the state’s accounting trade association get ahead of the impact this has on financial planning, even if guidance around student loan repayment hasn’t been part of the accountant job description.

“There have been areas it seems like CPAs wouldn’t play in, but, eventually, people turned to accountants for help with because it was part of their larger financial picture,” Meyer said. “An example of that was when Medicare Part B became the law of the land about a decade ago.”

In learning more about how student loan borrowers view their financial situation themselves, Meyer said he was alarmed to hear that most never intend to see the loan balance hit zero.

“It’s something they expect they’re going to take to the grave with them,” he said.

Right now, there’s only so many things financial professionals can do for stressed borrowers, because most debtors don’t allow student loans to be wiped out even in the worst predicaments: Chapter 7 or Chapter 13 bankruptcy.

For someone like Dardani, refinancing was the way she got her loan payments under control. She’s not out of the woods, but she’s currently more comfortable about her situation. She’s hoping to provide enough guidance that others can feel the same.

“I thought, if there’s anything I can do to help people in the same position as me, people trying to figure out how they’re going to get their hands around these loans, I should do it,” she said. “I started to get into high school classrooms and talk about the real implications of going to college. Not to discourage anyone but to educate them.”

Dardani has had her outreach goals bolstered by the NJCPA’s Student Loan Task Force, which she’s a member of.

Given that the price of college doesn’t seem likely to drop in the near future, millennials such as herself want successive generations to know what they’re in for.

“Students sign on the dotted line and make choices that can potentially have a huge impact on their future,” she said. “One of the exercises I find particularly eye-opening when I’m speaking to high school students is to map out $90,000 at a fixed interest rate of 4.5% and show how much it ends up costing in interest. And that can be at least 40% of the loan.”

In its regular polls of its members, the NJCPA has heard from accountants across the state that legislation might be the only way to curb this crisis.

While the association hasn’t taken a position on the debt forgiveness plans progressive candidates have pitched on the federal level, the accounting group is looking at ways the Garden State could introduce tax deductions above the current IRS caps.

“To put the (available tax deduction) in perspective, in the first year of paying student loans, I paid $18,000 of student loan interest; I was allowed to deduct a whopping $2,500 of it,” Dardani said. “That’s a benefit, but not nearly enough of one considering how substantially students have to go out of pocket to pay their loans back.”

As the newly formed group explores potential recommendations for a legislative remedy on the state level, the involved accountants are making a case for state leaders to follow their lead.

“Students can get their education in New Jersey and then go off and work in New York, where my salary might be higher, or live in somewhere in the South, where my living expenses will be lower … so I think the focus in the state should be helping graduates as much as possible to keep them here,” Dardani said.

Up until now, the state’s student loan load has too often been written off or justified in various ways, Meyer said.

Accountants are making it clear that the problem can no longer be ignored.

“The fact is there’s going to be a long-term impact on the state’s economy,” Meyer said. “We have to be ready for a lot of consequences.”