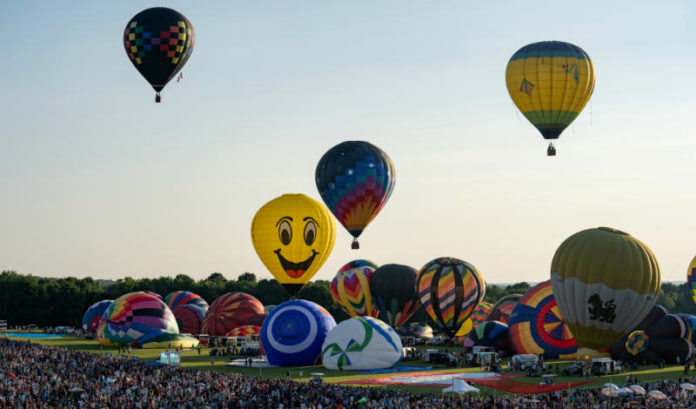 After 27 years under the QuickChek moniker, the New Jersey Festival of Ballooning will have a new name in 2020, as the Whitehouse Station-based convenience store chain is giving up the title sponsorship, the Readington festival announced Tuesday.

Next year’s festival is scheduled for July 24-26.

QuickChek is in the process of shifting its marketing strategies to focus on its menu and digital marketing, according to the festival news release, but intends to remain part of the festival in a different fashion.

“The festival has been a showcase event for us for 27 years,” QuickChek CEO Dean Durling said in a prepared statement. “It has allowed us to deliver our message of providing restaurant-quality fresh food at a great value, of having the best cup of coffee in the market and demonstrate the pride and commitment we have in caring for our customers and our communities.”

The festival will look for a new title sponsor, it said.

“The festival has enjoyed remarkable growth through our mutually rewarding partnership with QuickChek,” Howard Freeman of the Festival Group, co-owner of the festival along with John Korff, said in a statement. “We created a showcase event for New Jersey, provide families with memories that last a lifetime with an experience you can’t find anywhere else, and proudly support our local communities.”

In addition to its sponsorship, QuickChek has operated a large pop-up store on festival grounds.

“Internally, it’s amazing what we have learned from operating a store inside a festival of this magnitude, whether it’s on product, process, leadership or solving problems,” Durling said. “For our brand, we’ve received tremendous media impressions that generate coverage and brand presence in the top market in the country. We’re proud of the role we’ve played, but as we focus on our new stores, the time is right for someone else to enjoy the success we’ve had as its title sponsor.”