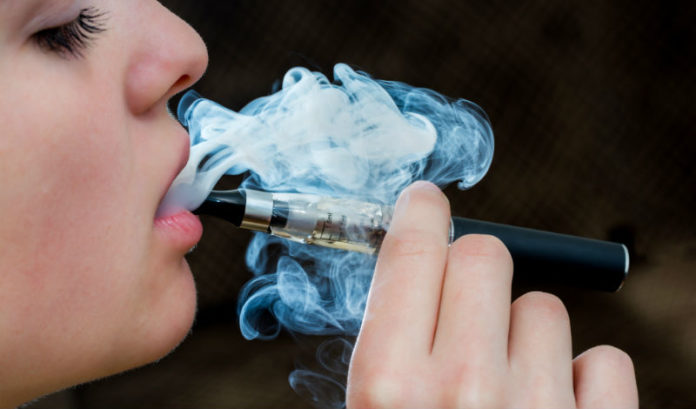 The campaign, called Take Vape Away, will include grants to school districts and community groups to launch buy-back programs and educational outreach among other strategies.

Hackensack Meridian Health CEO Bob Garrett said he hopes others will join HMH in the fight.

“As a father and health care executive for 35 years, I am alarmed at the vaping epidemic, especially among our children, and believe we must take an aggressive, multitargeted approach,’’ he said in a statement. “We are calling on all health networks and youth community groups to join in our effort because the scope and scale of this problem will require all of us to engage.’’

More than 1,000 patients have been treated for lung injuries associated with vaping across the U.S. Twenty-three people have died, including a New Jersey woman.

More than one-third of the patients treated for vaping-related illness are 20 and younger. The number of adolescents vaping has grown exponentially and now 1 in 4 students reports using e-cigarettes, according to the Centers for Disease Control.

Network officials said they launched the campaign to combat many disturbing trends:

“We have a perfect storm here: Our young people not really aware of the risk they are taking and aggressive advertising campaigns by the e-cigarette industry are widespread and are normalizing vaping,” he said.

“Hackensack Meridian Health’s efforts will help prevent youth from starting to vape and assist those already using e-cigarettes to overcome their nicotine addiction,” she said in a statement. “These initiatives will build upon the state’s efforts to combat vaping and address the health effects that come along with e-cigarette use.”

Bonita Stanton, a pediatrician and founding dean of the medical school, said time is of the essence.

“Hackensack Meridian Health and the Hackensack Meridian School of Medicine are deeply committed to curtailing the vaping epidemic before it becomes any more widespread than it is,’’ she said. “We are especially concerned about the large numbers of middle and high school children involved.’’

Experts are still uncertain what is causing the serious lung injuries, but regulators and lawmakers are proposing banning some products. The FDA will develop guidelines to remove from the market all e-cigarette flavors except tobacco.

In New Jersey, Gov. Phil Murphy’s task force recommended the Legislature ban the sale of flavored e-cigarettes, and to increase penalties for selling to minors, restricting online sales and other strategies to combat youth vaping.

The New Jersey Department of Health has reported that 32 lung illnesses associated with e-cigarettes are being investigated. Of those, 14 have been confirmed, including the death of a woman.

“While regulators and lawmakers learn more about the scope of this problem, it’s imperative that we take action now to protect our youth,’’ Garrett said. “I believe we all have a role to play and in taking aggressive action, we can change the narrative of this disturbing health crisis.

J&J’s COVID-19 vaccine has been approved: Here’s what that means for...