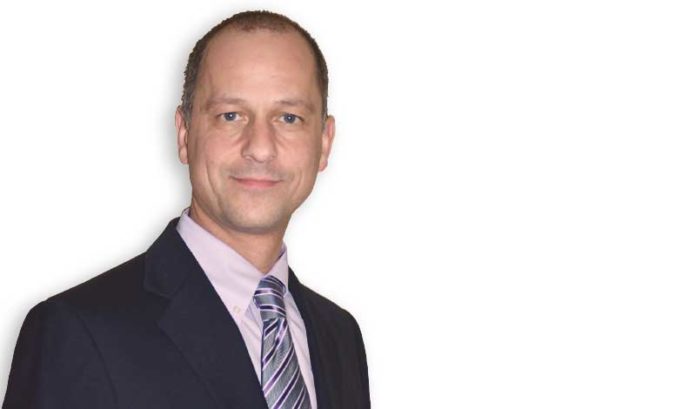 Running a tape distribution company based in his basement, Thomas Field Jr.’s father wore more than a few hats.

“He’d make a sales call in the morning and, when he went to go deliver it himself later in the day, he’d hope he wouldn’t run into the person who gave him the order,” Field said. “He didn’t want them to know he was doing both jobs.”

Today, Field runs the business his father founded 51 years ago. Tomar Industries, a portmanteau of his father’s and mother’s names, Tom and Mary, today has an extended family of 35 workers and a fleet of trucks operating throughout the region.

Especially now that e-commerce and other trends have made for a flourishing environment for regional distributors like this storied Freehold business, labor needs have far surpassed what they once may have been. No one person can wear all the hats.

But industry leaders say it’s a difficult time to build on your family tree.

“We have a fantastic team here, so I’m blessed in that regard,” Field said. “But there’s no question if you were in a situation in which you had to add members to your staff, it’s challenging right now.”

On top of the distributor market being so competitive and tariffs sometimes squeezing profit margins, low unemployment figures have made qualified employees in this industry hard to come by.

The second generation of Tomar, which serves a crucial role in a particular segment of the state’s logistics network, is at the same time enduring a major millennial snub.

“Unfortunately, our industry just isn’t sexy enough for them, so I really don’t have any experience hiring them,” Field said. “Eventually, we’ll need them. It’s something that, as an owner, I’ll have to address as the years go by and our staff starts to look at retiring and moving on.”

It’s not something Field expects to be a challenge just for Tomar, but for all players in the distribution space.

“We’re finding that, sometimes, there’s no better way to do make up for that than through an acquisition,” Field said. “And our hope is always that company’s key personnel can become part of our family, too.”

That’s why Tomar recently acquired its sixth company since the mid-’90s — Falcon Supply Co. in Avenel, a direct competitor that had been in business nearly as long as Tomar.

Both companies handle packaging and janitorial supplies. Since Tomar’s early days distributing mostly filament tape, the company has moved on to assisting in the supply chain of cleaning supplies, latex gloves and other safety supplies and janitorial equipment.

But, with Tomar expecting continual growth — and, at the same time, the need for more workers — it’s trying to adapt to a current dearth of available talent by turning to automation tools that can get more product out the door with less people.

“We’ve been successful for 51 years now,” Field said. “We want to build on that success and, ultimately, we want to improve as a company, and that means adopting cutting-edge solutions. That’s what’s going to be a focus for the next 50 years of business.”

Packaging and the environment

For most big brands today, it’s avoiding as much material like that as possible.

Thomas Field Jr., whose company distributes packing items such as shrink wrap and bubble wrap, said that it’s no secret: Larger companies want to make sure they’re making a statement about sustainability in all aspects of their business.

“With a certain type of customer, that’s always part of the conversation,” he said. “They want their products to safely arrive. But the less material the end customer has to throw out, the better.”

For some smaller companies, eliminating plastics in favor of environmentally friendly alternatives is still sometimes cost-prohibitive.

“But, if the cost is close, and they can get a good, sustainable product out the door, they want to go that route,” he said. “That’ll continue to happen as the years go on.”