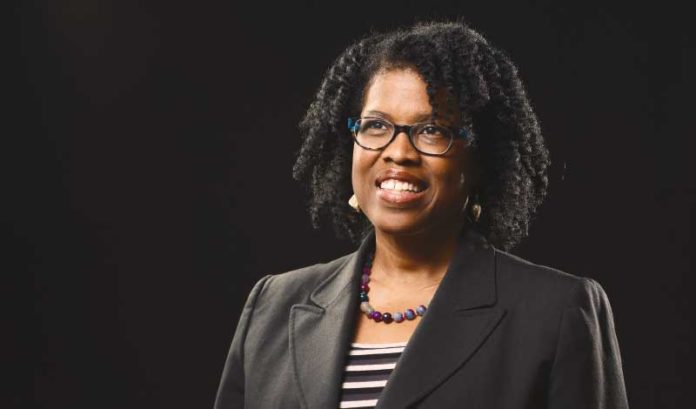 Given that she had a knack for it from early on, nothing about Evelyn McDowell becoming an accountant was totally contrary to expectations.

But, as an African American, statistically speaking, it was against the odds.

The only regret for McDowell, now an associate professor of accounting at Rider University after a successful career in public accounting, is that the same can still be said of African Americans today.

“Unfortunately, in many ways, the trend is going backward in terms of African Americans being represented in the profession,” she said. “Over the past few decades, the numbers are either standing still or not growing at all. It’s alarming. And it’s not what we expect today.”

African American accountants once — in the early ’70s — numbered only in the hundreds in the United States. According to the National Association of Black Accountants, less than 1% of accounting professionals were black when the association got its start in 1969.

The statistics have improved. But in some regards, the needle has a lot of moving left to do.

A report from the American Institute of Certified Public Accountants highlighted that the pipeline of African American students leaving school with accounting degrees has been far from keeping pace with the country’s current population figures over the past few decades.

As an academic, McDowell has done a lot of researching and thinking about these issues. She believes the stifled growth of accountants of color has everything to do with several inauspicious trends: a trifecta of multigenerational poverty, institutional racism and marginalization.

“If African Americans are having trouble securing net worth, as well as with the effect of trends such as mass incarceration, then their mobility is restricted in a way that they don’t have the opportunity to go to college to begin with,” she said. “That’s the root of the problem.”

There are a number of facets to the profession’s lack of diversity. And there are few trends in accounting, or business generally, that are quite as complicated, McDowell said.

She explained that the rates surrounding recruitment and retention of diverse employees at accounting firms haven’t been the best.

For her, that starts with upping the diversity among graduates of college accounting departments. But if there’s a dearth of diversity already in the profession, that’s going to influence the amount of students inspired down that path, too.

A significant amount of African American accounting majors said they had at least one family member in the profession, in a survey published by the New York State Society of CPAs. For those who didn’t choose the major, only 11% had family or friends who were accountants in that survey.

McDowell defied that by not having anyone close to her with that professional connection during her Cleveland upbringing. She nonetheless discovered a passion for it and was helped along the way by a nonprofit dedicated to bolstering diversity in companies with training and internships.

To extend that same helping hand to today’s students, McDowell was proud to say Rider University has a program that provides a diverse group of accounting students with mentoring opportunities, in partnership with firms such as WilkinGuttenplan and KPMG.

Through Rider’s Aspiring Accounting Professional Program, young people of color aspiring to take up accounting roles receive the sort of support that at least begins to address a long-existing blemish on the profession.

“Right now, we deal with about 40 students in the program, but I want more like 300,” McDowell said. “It’s a little droplet coming out of a faucet, however. I want to see a gush from this. That’s my hope.”

Forbes billionaires list is out: The richest person in N.J. is...