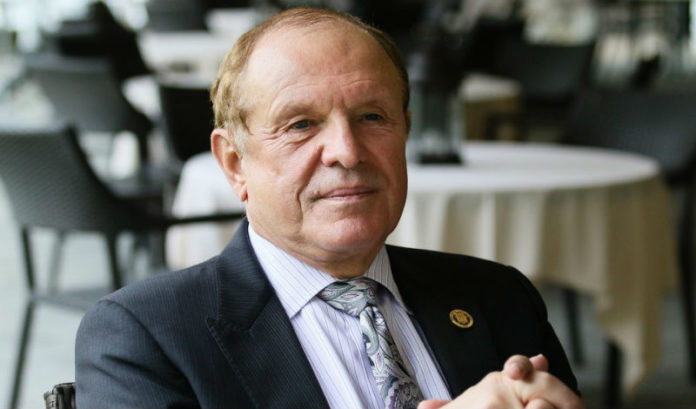 “Over the past five years, four Brooklyn-based companies have relocated to New Jersey, but, with the expiration of our tax incentives, that pipeline has been shut down. Will it be reopened by Gov. (Phil) Murphy and the Legislature?” asks former New Jersey Sen. Raymond Lesniak, father of New Jersey’s tax incentives program.

Most recently, Mesorah Publications Inc., the largest Jewish publishing company in the world, moved its operations and 100 employees with an average yearly wage of $50,000 and health benefits from Brooklyn to Rahway.

“Since many of its current employees will be staying with their families in Brooklyn, the city of Rahway and Mesorah will be holding a jobs fair for local residents to fill the jobs. Additional space in the building is being leased to other employers, which will boost the jobs at the site to 200 employees. With the assistance of our tax incentives, the company invested $30 million purchasing and renovating the vacant 256,000-square-foot building in Rahway,” Lesniak stated.

“There is no doubt the Grow NJ award was the critical factor in Mesorah’s decision to move from Brooklyn to New Jersey after considering locations in Staten Island and Westchester County, New York,” said Lee Winter of WRE Consulting, which advised Mesorah.

Mesorah President Gedaliah Zlotowitz said: “We are grateful that, because of the Grow NJ program, we had the opportunity to move our business to Rahway. We are looking forward to having a positive impact on the local economy and to bring manufacturing jobs to New Jersey.”

Rahway Mayor Raymond Giacobbi Jr. said: “The city of Rahway is thrilled to welcome Mesorah to our business community. The influx of jobs is significant for us and Mesorah’s extensive renovations for its own use and for additional tenants will bring new life to a quarter-million square feet of industrial space that has been vacant for years. This move is an example of the positive, real-world impact that the tax incentives championed by former Sen. Lesniak are having on our local communities.”

Lesniak added, “Mesorah’s story is but one of the 252 development projects created by New Jersey’s tax incentives which have attracted $4.5 billion of private capital investment and 30,000 new jobs, retained 30,000 jobs, created tens of thousands of Building Trades jobs and brought huge revenue growth for the state that is at the bottom of states being business friendly.

“The Mesorah story is not alone. AP&G, a manufacturer of pest control products, moved from Brooklyn to Bayonne as a result of our tax incentives.”

“Moving to Bayonne from Brooklyn wasn’t easy. My grandfather, Moses Frisch, founded AP&G in Brooklyn in 1952. But it was necessary to accommodate our steady sales growth and ever-expanding family of Catchmaster solutions,” said Jonathan Frisch, AP&G’s vice president of sales and marketing.

Also, Geri-Care Pharmaceuticals Corp. has moved its Brooklyn facility with 130 employees to Lakewood. And US Mobile, a rapidly growing global wholesale consumer electronics distributor and remarketer, relocated 200 jobs from Brooklyn to Elizabeth as a result of our tax incentives, Lesniak noted.

“Brooklyn’s loss has been our gain,” added Lesniak. “New Jersey’s tax incentives have been a boon for jobs for our residents and revenue for our state.”

Lesniak warned, however: “Since our incentives have been subject only to criticism, without mentioning success stories like the four Brooklyn companies choosing to move to New Jersey because of our tax incentives, New Jersey locations are now at the back of the line. We need to get a new tax incentive program signed into law quickly to have a chance at regaining opportunities to grow our economy.”

Former New Jersey state Sen. Raymond Lesniak sponsored all of New Jersey’s tax incentives legislation. He retired from the state Senate in 2018 after serving 40 years in the Legislature.

180 Degree Capital’s portfolio firm, Synacor, to merge with Qumu in...