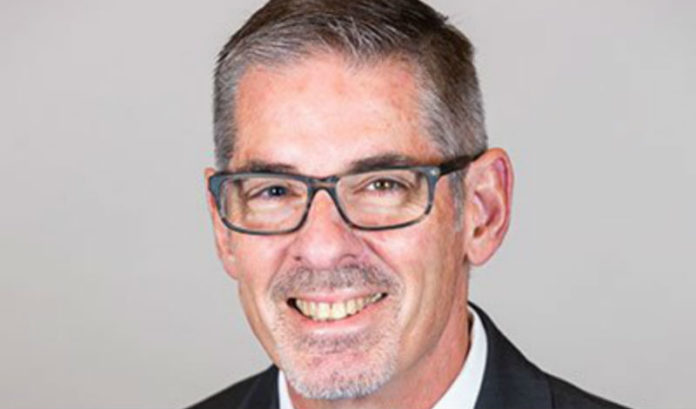 As a financial services professional for more than 30 years, I saw the devastation incurred by Americans as a result of the Great Recession, which still reverberates for many today. In my work, I help families in New Jersey make the most of their unique financial situations and am dismayed by the struggle of families in our state more than a decade after 2008.

According to Federal Reserve data released in May, Americans’ outstanding credit card debt now totals $1.1 trillion, the most ever. And consumers in New Jersey are some of the worst off. The average New Jerseyan’s credit card debt rose during the first quarter of 2019 to more than $6,800, the second-highest level of any state in the United States.

This distinction is not one we want as a state, and I know firsthand that many of the families that find themselves in this situation are there through little fault of their own. A lost job, a child’s sickness that required travel that had to be financed with credit, or some other major life event often wreaks havoc on our neighbors’ financial well-being.

These working mothers and fathers desperately want a way out, and, for families living in most other states, debt settlement companies offer an option. Across the country, tens of thousands of families have used debt settlement, which enables a company to negotiate with creditors on behalf of consumers to lower what they owe, as a means to eliminate credit card debt, and even to avoid bankruptcy.

Debt settlement is not for everyone, of course (nothing is). Entering into debt settlement, for example, requires consumers to earn enough income to pay something to their creditors. But, under antiquated state laws, no New Jersey family can access this option even if it qualifies.

Some lawmakers are trying to change that.

In the Assembly, a bipartisan trio of lawmakers, John McKeon (D-Madison), BettyLou DeCroce (R-Parsippany), and Annette Quijano (D-Elizabeth), are the primary sponsors of A4319, which would allow debt settlement companies to operate in our state. The companion bill in the Senate, S3499, has been carried forward by Sen. Nellie Pou (D-Paterson).

Both pieces of legislation have been unanimously passed out of their respective committees. In a highly contentious election year, this issue is one on which Republicans and Democrats have come together for the good of consumers in our state.

We elect our state officials to solve problems, and that is what this legislation would do. The average U.S. consumer who has accessed debt settlement has saved approximately $2.64 for every $1 in fees that they have paid for the service. Another way of slicing it: Upon completion of a debt settlement program, the average consumer sees savings of 30% on the original debt, including all fees paid. These results come quickly, generally within about four to six months of engaging in a debt settlement program, making this option one of the fastest options for relief on the market.

Under a regulation enacted in 2010, the debt settlement industry is strictly regulated by the Federal Trade Commission. This rule set up a three-pronged process that must be completed before a debt settlement company can collect even 1 cent in fees from a consumer. First, the company must negotiate a settlement with one of the consumer’s creditors. Second, the consumer must accept terms of the negotiated settlement. Third, the consumer makes at least one payment to the creditor.

An individual, at any time during this process and for any reason (or no reason), can end the engagement with a debt settlement company. No fees can be assessed if a consumer changes his or her mind.

New Jersey’s law restricting debt settlement company operations was put into place before the FTC created this structure. The statute is antiquated and unnecessary. But, more than that, it keeps state residents struggling with credit card debt from accessing a service that could provide substantial relief.

In my work, I try to find common sense financial solutions for my clients and making debt settlement available to consumers in New Jersey is a way the state Legislature can do the same for their constituents.

Michael Megill is a senior wealth adviser with over 32 years of wealth management and financial planning experience. He resides in Monmouth County.