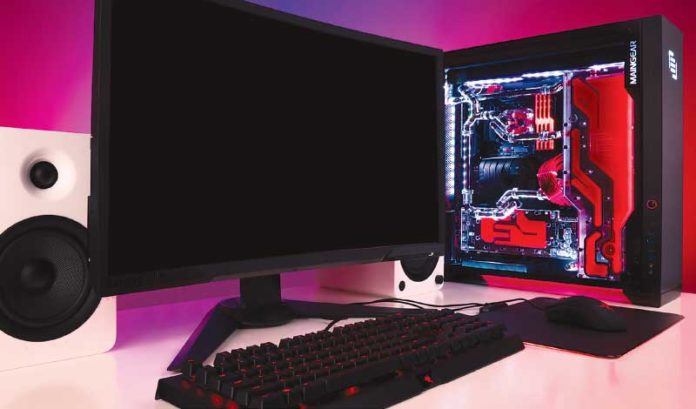 One of the biggest hurdles to running a fantastic high school esports program, Mason Mullenioux said, is making sure students have access to the hardware they need to compete at their best.

MAINGEAR Computers is now removing that barrier by supplying the Kansas City, Missouri-based High School Esports League, or HSEL, with the personal computers it needs to thrive — and handcrafting them right in Kenilworth.

“MAINGEAR shares many of the same values as HSEL, (especially) community focus,” Mullenioux, co-founder and CEO of HSEL, said. “They truly care about gamers and have a very high-quality, hands-on process.”

MAINGEAR Computers partnered with HSEL earlier this year to provide participating schools with the HSEL Esports Equipment Bundle, a hardware program that allows schools that sign up for three years of HSEL competitions to also receive six high-end MAINGEAR gaming PC setups with Razer peripherals, including keyboards, mice and headsets.

“MAINGEAR’s core mission is to empower the next generation,” Wallace Santos, founder and CEO of MAINGEAR Computers, said. “Through this partnership with HSEL, giving thousands of students access to high-performance gaming PCs and a world-class competitive platform, we will be driving the future of esports together.”

Though the first orders of MAINGEAR PCs will begin shipping to participating high schools throughout the country this month, MAINGEAR has been manufacturing custom gaming desktops and laptops since 2002.

“For example, there’s a team called Flipsid3 Tactics that was the world champion for a game called ‘Rocket League,’ and all of their players trained on our PCs,” Ron Reed, marketing director at MAINGEAR Computers, said. “We have a lot of experience building the kinds of PCs players need to make sure they are getting the performance necessary to play on a professional level.

“We also have an internal initiative called Be Next, because our goal as a company is to empower the next generation of content creators and esport athletes.”

That’s exactly the sort of thing HSEL is interested in, too.

Founded by Mullenioux, Charles Reilly and Aaron Hawkey in 2013, its purpose was to give those students in high school that didn’t feel they belonged a safe space in which to feel included, Mullenioux said.

“It has grown into much more than that to date, but this started entirely as a passion project,” Mullenioux said. “It brings students together that usually wouldn’t be involved in other activities, and social skills, teamwork, leadership and safe spaces are all very important to a teen’s development.”

HSEL, the longest-running competitive gaming organization in North America, has since partnered with more than 1,500 high schools across the continent, including nearly 45 in New Jersey, with more than 50,000 students currently registered on the platform.

The organization also now offers hundreds of thousands of dollars in scholarships and high-end equipment as prizes.

“We want to incentivize students to take the next step into college and we also don’t want to disqualify a student from playing at the collegiate level if amateurism laws come into play in the future,” Mullenioux said.

“Our curriculum teaches social and emotional character development, internet safety, basics of modems and networking, and how to properly analyze statistical data to improve gameplay, all with video games as the conduit,” Mullenioux said. “Esports literally wouldn’t be possible without each area of STEM, and most of our students are interested in STEM career paths.”

Reed said the days of kids playing video games as a hobby are wildly changing.

“Now, you can think of it as you might have a kid practicing football or basketball with aspirations of playing professionally,” he said. “Esports is now also a viable thing for a kid to do — I mean, a 15-year-old just won $3 million. It’s no joke if you’re willing to put the time in.

“A lot of people are following their dreams with this hardware and we want to help make that happen.”

“Thanks to the size of HSEL’s network of partnered schools, we have a unique opportunity to bring high-end gaming equipment to thousands of schools, affordably,” Mullenioux said.

From tuning cars to tuning PCs

In 2002, Wallace Santos was debating whether to start a business based on building high-performance personal computers or one based on modifying and tuning cars.

He ultimately decided to combine his passions by becoming the founder and CEO of MAINGEAR Computers, a now-multimillion-dollar business in Kenilworth that builds high-performance custom PCs and tunes them for the best experience possible, with one-on-one personal customer support, setting them apart from other PC manufacturers and custom PC builders.

“MAINGEAR has built its business on quality,” Ron Reed, marketing director at MAINGEAR Computers, said. “And, even when it comes to presales and support, that personalized experience is where we excel.”

“We’ve become known for that level of craftsmanship and quality as well as our attention to detail,” Reed said.

MAINGEAR currently employs more than 30 and still is growing.

“We hire real enthusiastic and knowledgeable people in this space to hand build one machine at a time,” Reed said.

MAINGEAR also is often first to market with cutting-edge products and services, including releasing the first water-cooled PCs and offering customizations such as automotive paint finishes and custom laser etchings.

Now, Reed said, the company plans to move forward by looking beyond the sales of PCs and focusing on selling the ecosystem around them. 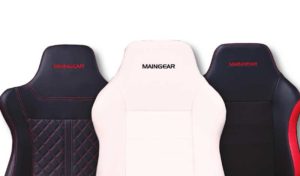 “For example, we launched a gaming chair last year that was the best seller in Microcenter stores, we launched our last gaming desktop as a DIY kit so enthusiasts could purchase all the equipment and build it themselves, and now we have a gaming backpack coming out,” he said.

MAINGEAR also works with influencers such as deadmau5, Coca-Cola and Zedd to market their products, as well as with launch partners and vendors such as Intel, HP and Razer to grow.

“A couple years ago, the average gamer was simply gaming with their friends, but, now, they’re also recording content for Twitch and YouTube and streaming with the goal of trying to break into the esports scene,” Reed said. “So, we recently announced a partnership with Intel for an exclusive version of software that makes it very easy for the novice user to immediately start streaming — something that was relatively complex in the past — so that the gamer can worry more about creating content and less about the technical aspects.

“The question we often ask is, how can we create tools for people in order to make it easier for them to reach their goals?”