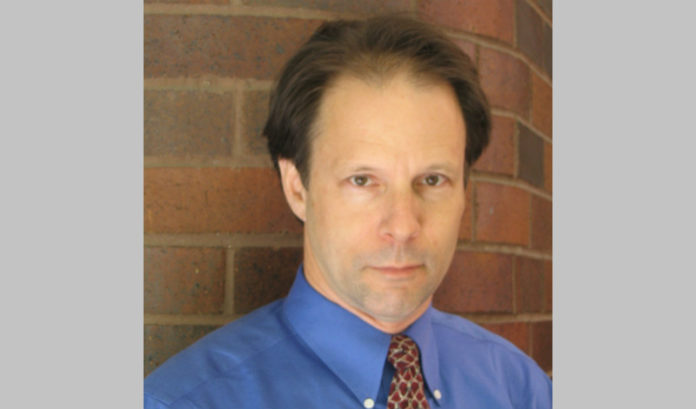 A recent op-ed by former state Sen. Raymond Lesniak — bashing Gov. Phil Murphy’s efforts to reform the state’s economic development programs and save New Jersey from the failed system Lesniak long championed — belongs in a museum. I suggest a natural history exhibit, right next to the mastodon and giant sloth as an artifact from the discredited “buffalo hunting” school of economic development.

Instead of acknowledging that New Jersey’s corporate tax giveaways — which, frankly, reside in a strata of corruption all their own — have utterly failed, Lesniak proposes staying the course. My advice: Use this scandalous moment to overhaul the state’s incentive system. With key reforms in place, New Jersey can spend less and get more.

Lesniak seeks to rebut a recent New York Times investigation that found 12 New Jersey companies threatened to relocate to the same office park just across the state line in Pearl River, New York. Using the same address, the companies received a combined $100 million in job retention subsidies from New Jersey. The story concludes that “nearly all of the 12 companies never seriously considered moving to New York.”

Lesniak claims that can’t be so, because the Grow New Jersey program, for example, says companies must certify “that existing jobs are ‘at risk’ of leaving New Jersey and the incentive is a ‘material consideration’ in the final location decision, and that jobs would not be created or retained in the state ‘but for’ the incentive.”

But, here’s the corrupt truth: Though they might sound reassuring, such words effectively mean nothing. They are fake “safeguards.” Politicians like Lesniak have embraced them in order to inoculate themselves from criticism for throwing away taxpayer dollars on corporate windfalls.

Who decides that a job is “at risk” of moving? How can anyone verify or disprove such a claim? What is a “material consideration”? Is it the fact that almost any state will throw money at a company that creates the appearance of being footloose? And “but for” is the most common of these political deflector shields: It sounds impressive, but no state has a rigorous way to verify such a claim.

Why? Because, at the end of the day, every corporate site location decision remains in a black box. That’s true in every state, and it’s not accidental. It’s a system developed by the obscure site location consulting industry many decades ago to enable corporations to wrest huge subsidies from state and local governments. It basically enables companies to say: “trust us” — and, sometimes, the site location consultants take commissions from those packages. That rigged system still haunts us today.

The solution isn’t to fiddle at the margins — as Lesniak suggests — and thereby hide the rigged system. The solution is to replace the programs to ensure that windfalls and “but for” scams just aren’t possible.

Here’s how we at Good Jobs First look at New Jersey: During his two terms, Gov. Chris Christie granted 14 “megadeals,” or individual tax subsidy packages worth more than $100 million each. No other governor in U. S. history has approved half as many megadeals.

We track megadeals, in part, because they’re a measure of how corporate special interests have captured a state’s resources. It’s akin to nations we call kleptocracies, where corrupt leaders use their power to enrich themselves, their relatives and their business associates at the expense of everyone else. So the eye-popping revelations coming out of Murphy’s task force on tax incentives are no surprise at all. The fake safeguards like those invoked by Lesniak helped keep the scandal hidden for so long.

Lesniak also cites New Jersey’s “business unfriendly” climate to justify huge giveaways — but this rating comes from a website that specializes in credit card issues, not economic development. And while it’s true that new business startups have struggled nationwide for 20 years, credible sources such as the Kauffman Foundation and the Information Technology and Innovation Foundation find New Jersey doing well.

Indeed, ITIF rates New Jersey No. 8 overall for measures such as knowledge-based jobs, business dynamism, the digital economy and capacity for innovation. And Kauffman finds the Garden State does better than most of its neighboring states in both startup founders per capita and in new job growth at startups.

I would argue that New Jersey has achieved these successes in spite of its nine-figure giveaway scams and the profound bias against small businesses and entrepreneurialism that they demonstrate.

If the billions given away to Christie’s megadeals had instead been invested in ways that are proven winners — pre-K through college education, infrastructure, customized small business assistance, “cluster” programs for promising new tech niches — New Jersey would have more jobs, better jobs and, very likely, lower taxes.

That’s because when corporations like Holtec, Panasonic, Subaru and Prudential get megadeals and thereby avoid bearing the cost of all the government services they benefit from, guess who pays the bills?

If lawmakers were to follow Lesniak’s advice, they’d be doubling down on a failed and costly approach to economic development. New Jersey would be far better off putting “buffalo hunting” in a museum where it belongs.

Other side of PPP loans: Banks had to handle big job...