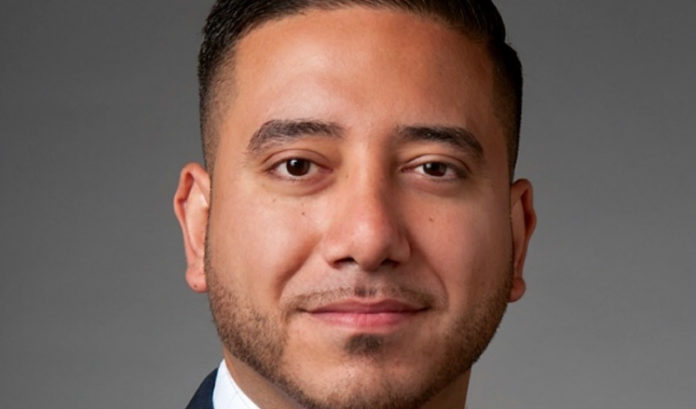 PNC Executive Vice President Jeffrey Martinez said he’s thrilled to be honored with the Magno Award at the annual gala of the Joseph A. Unanue Latino Institute, which is based at Seton Hall University, later this week.

Earlier this fall, Martinez was honored by the Council of Urban Professionals with a “Catalyst in Finance” award.

The honors, Martinez said, let him know that he’s fulfilling his role as a key leader in retail banking at PNC.

“I’ve always seen the correlation between community service visibility and good banking,” he told ROI-NJ. “It’s taking PNC’s mission of being a Main Street bank that does what’s right in the communities that we serve.”

Martinez’s ability to do just that is now growing. Last week, he was promoted from EVP market manager in New Jersey to EVP territory manager for the Eastern Region, a role that will have him overseeing more than 1,200 branches from Florida to New York.

Martinez feels the added territory will help him have added input in the bank, including in the Southeast, where PNC has been steadily expanding its presence the past decade.

“Our footprint goes from Chicago, down through Kentucky, Alabama to Florida and then back up through Washington, D.C., to New York,” he said. “I think it’s a very compelling footprint and it allows us to do a number of things not only in our legacy markets but capitalizing on that growth to help us build in other areas.”

Martinez said the benefits go both ways — that the bank has been able to try new things in new markets, such as Kansas City and Dallas, and then bring them to its more traditional areas.

“We’re already seeing the evolution of our branches in legacy markets come from things we’ve learned in our expansion markets,” he said.

Despite the increased role, Martinez said New Jersey will continue to be an important factor in all that he does.

PNC has more branches in New Jersey than any other bank, a position Martinez said the bank will continue to leverage.

“New Jersey encompasses three of the largest retail markets that we have,” he said. “So, strategically, New Jersey is at the heart of so many conversations. And it’s an area we’re capitalizing on due to our time and our experience within the state.”

That, he said, is evident by the bank’s saturation in the market, with 272 branches.

“If you look anywhere, you will find the PNC brand through our branches and our key partnerships, including Rutgers University and the PNC Arts Center, but also through retailers such as Wawa, QuickChek, Stop & Shop and now 7-Eleven,” he said. “While we have 272 retail banks in the state, we also have roughly 1,600 ATMs.