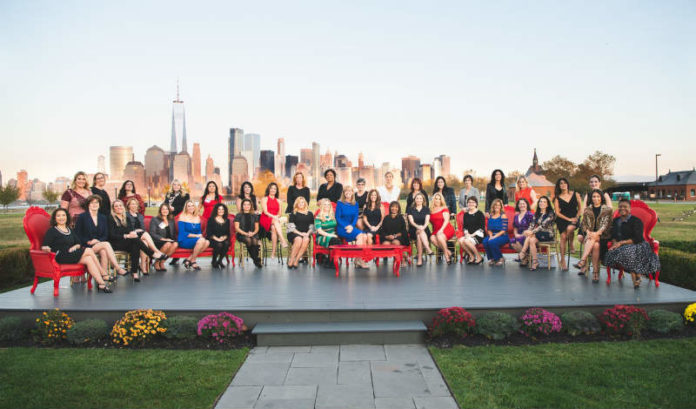 “But, at the age of 50, other women become frozen because they are empty nesters, their husbands died or left them, or they’ve stopped working, and they don’t know what to do,” Addiss said. “But, I feel everyone still has skills to use.”

Addiss took part in a fireside chat with Vanessa Tyler, the Emmy Award-winning reporter, anchor and executive producer of “The Spot,” at the Leading Women Entrepreneurs’ 8th annual recognition event on Monday in Jersey City, honoring 25 top women entrepreneurs and 25 top “intrapreneurs,” or women who have driven value for their companies, in the state.

“I got married very young and all I wanted to do was have six children — but that is not what my husband wished for,” Addiss continued.

After 10 years, Addiss’ husband left her and her three children.

“I had no choice but to start a business to support my family,” she said.

Then, after 30 years of running Pat Addiss Enterprises, a promotions company that provided every conceivable widget with a company logo, Addiss began producing Broadway and Off-Broadway shows in 2005, beginning with “Chita Rivera: The Dancer’s Life.”

She has since produced shows such as “Spring Awakening,” “Little Women” and “A Christmas Story: The Musical.”

“Women, especially, need to hold the theme of reinvention true, because I think we must pivot more often than men in life,” said Wellbrock, founder and CEO of Leading Women Entrepreneurs, a for-profit visibility platform for women leaders in New Jersey.

More than 450 attended Wednesday’s event to honor colleagues and friends.

“These are the women business owners and corporate leaders who excel in innovation and advocacy for women,” Wellbrock said. “This prestigious group of women was selected out of hundreds of impressive nominations based on their strong business acumen and ability to both influence and inspire within their respective industries.”

The entrepreneurs honored were:

The intrapreneurs honored were: