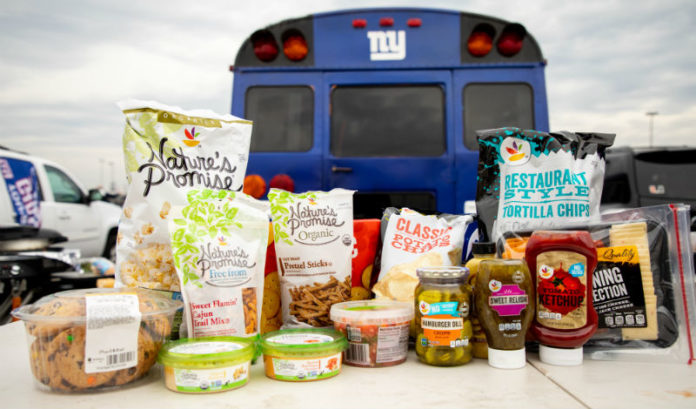 The New York Giants have renewed their partnership with Stop & Shop, the East Rutherford-based football team announced on Tuesday.

Stop & Shop has been the official supermarket of the Giants since 2010. Under the new, multiyear extended partnership, Stop & Shop will also serve as the official tailgate and homegame sponsor.

The pair said they also plan to work with and donate to local food banks across New Jersey, New York City, Long Island, Westchester and Connecticut.

“Stop & Shop has been a valued partner of the New York Giants organization for close to a decade as we are both committed to our communities and to promoting healthy lifestyles,” Pete Guelli, chief commercial officer, Giants, said. “We are thrilled to be able to grow this partnership in the coming years.”

“Fighting hunger is truly a team effort and we couldn’t ask for a better partner,” Bob Yager, senior vice president of sales and operations for Stop & Shop, said. “What we love most about being the official supermarket of the Giants is how they support Stop & Shop both on the field and in the communities we serve.”