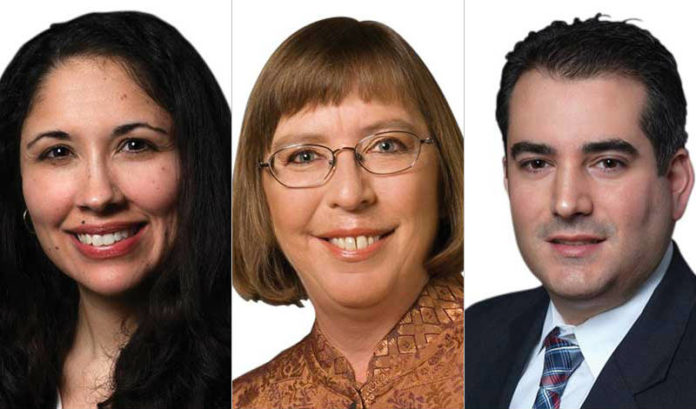 Contrary to popular belief — and some false marketing claims — the federal “Farm Bill” of 2018 did not legalize cannabidiol, or CBD, nationwide.

“We’ve seen a lot of strategic alliances and partnerships between companies looking to prepare themselves to be part of this market, but we’ve also seen a lot of misinformation out there,” Danielle DeFillipis, trademark attorney at Norris McLaughlin Law, said last week at ROI-NJ’s inaugural Food & Beverage Innovation Summit.

While companies may be ready, many consumers still are not, said Linda Gilbert, CEO of EcoFocus Worldwide and a recognized expert on consumer marketing for wellness products.

“Consumers are very curious and interested in CBD for a variety of different reasons, including viewing it as an alternative to over-the-counter and prescription medications, as a sleep aid, for pain relief and reducing inflammation, but, when we ask them very specific questions, they generally cannot give us the correct answers,” she said. “For example, many people still think hemp can get them high like marijuana or that CBD and tetrahydrocannabinol (THC) are the same thing.

“There is a lot of confusion.”

Hemp, as per lawmakers, is any substance derived from the Cannabis sativa L. plant with less than 0.3% THC, which produces a psychoactive effect, said Andrew Linden, cannabis leader at Norris McLaughlin Law.

“The federal Agricultural Improvement Act of 2018, or the Farm Bill, removed hemp from the Controlled Substances Act, meaning that possessing hemp or its extracts would not be a criminal act,” he said. “However, the Farm Bill did not take away any power of authority from the Food & Drug Administration, which currently does not allow the use of CBD in any food or beverage products.”

Though New Jersey’s statute currently allows the use of CBD in food and beverages, Linden said, it is specified only to the fullest extent permitted by federal law — which currently includes no regulations.

“The Farm Bill first deferred to the states in how they are going to regulate hemp, with some oversight from the federal government in terms of what the scope of these hemp programs are going to look like, but, primarily, it’s going to be on a state-by-state basis, and if your state doesn’t have a hemp program, some default rules from the federal government will then apply,” Linden said. “So, we are constantly going in circles — and the FDA has issued warning letters to businesses in New Jersey already.”

For those consumers who already have tried CBD-infused edibles, Gilbert said potency, quality of ingredients and flavor preferences are of the utmost importance.

“And, while most edibles include gummies and chocolate right now, including those infused with THC, many consumers also want to see infused pizza, ice cream and cookies,” she added. “Consumers want to be able to use this product throughout the day and night.”

Consumers also believe that a chocolate manufacturer, for example, would make a better infused chocolate bar than a cannabis company would.

“Consumers overwhelmingly feel safer purchasing a cannabis-infused chocolate bar from a well-known chocolate brand,” Gilbert said. “And, when we start to infuse products, whether it’s calcium in orange juice or CBD in a cookie, it can be a reason for consumers to choose your brand or category over another.”

Still, Gilbert said challenges will arise for brands who choose to do so.

“There are indications that over-the-counter pharma would really like to prevent consumer packaged goods from being able to use CBD ingredients,” she said.

However, according to a recent nationwide study by EcoFocus Worldwide in partnership with Soapbox Sample, infused-edibles consumers are 62% men and 38% women; their average age tends to be 36; 63% are parents; and 43% are living in households earning more than $75,000 annually.

“That is why I think we’re going to see some companies come together or even independently decide to do something to force the hand and change the laws,” Gilbert said. “It’s going to take someone with a lot of strategic insight, available funds in their budget and courage.”

Linden said CBD already is out there, growing rapidly — and not always in the best ways.

“For example, in Pennsylvania, a woman was drug tested at work after taking a CBD product that claimed it had no THC in it. She failed the drug test for marijuana and is now suing the vendor and the manufacturer,” Linden said. “Knowing what your product is and knowing your suppliers is extremely important.”

Another class action filed in Massachusetts was related to misleading statements about what CBD might be able to help do, such as reduce anxiety, help one sleep or relieve depression.

“If you are going to make those statements, you better make sure you have a study that backs it, or you’re highly susceptible,” Linden said. “We need regulation as soon as possible to both tamper misconceptions as well as make the market more organized and safer.”

Tips to stay safe when accessing medical care during (and after)...

Recovery has started: Newark nurse is 1st in N.J. to get...