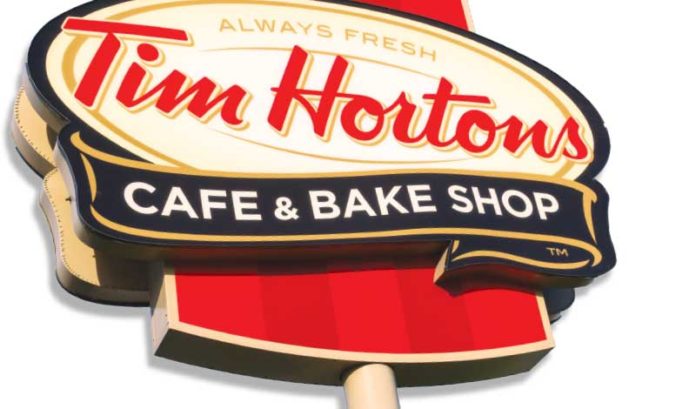 The Canadian restaurant chain Tim Hortons Cafe & Bake Shop, specializing in breakfast, coffee and burgers, is on the verge of opening a new location in Stratford, Camden County.

There is a site plan for Tim Hortons currently being considered by the borough planning board as of late September. It would be built on the White Horse Pike, Route 30, near New Road.

There are more than 4,800 of the quick-serve restaurants worldwide, including three in New Jersey, in Raritan, Newark and Stockholm. (One location that opened in Hazlet about three years ago closed abruptly in early January, with no official statement from the company about the closure.)

As you might be able to sense here in New Jersey, the fast food, café & bakery, and convenience chain competition is extremely fierce, and each of the players in that space is looking to grab a larger piece of the “doughnut” to expand its market share. Starbucks, Dunkin’, Wawa, Quick Chek, Krispy Kreme, even Royal Farms and others are all looking to grab prime, well-positioned real estate for new locations, so Tim Hortons is playing in a very crowded field. 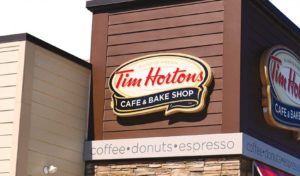 Tim Horton was a Hall of Fame NHL hockey player from Canada, who played for teams including the Toronto Maple Leafs and the New York Rangers. He founded the company in 1964, selling coffee and donuts for 10 cents each. Tragically, he died in automobile accident in 1974, while still an active player, and the chain was taken over by his business partner.

Eventually, in 2014, the chain was purchased for $11 billion by Burger King, creating the world’s third-largest fast food company. The chain became a subsidiary of the Canadian holding company Restaurant Brands International, which is majority-owned by Brazilian investment firm 3G Capital, in December 2014.

I would say Tim Hortons has the resources to compete as far as product mix and quick service, but there’s a lot of name and brand building that needs to be done here in the U.S., and as a franchiser similar to Dunkin’, there has to be a strong network of franchisees willing to make the investment and stay in it for the long haul.

We’ll see what happens as the company forges ahead with plans for at least one new location and possibly others in New Jersey.

For information about Tim Hortons, go to: timhortons.com. 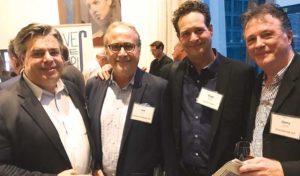 My fellow foodies and I also attended the May forum in New Jersey, and we were all impressed with the panelists who represented not just their industry so well, but the New Jersey side of business, too. Another great job putting this forum together by the Mazars team, as, once again, the discussion brought to the surface how complex the metro area food industry really is. And each of the panelists stayed a bit longer to answer questions and network with other food industry professionals from the metro New York area. 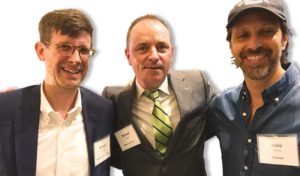 The discussion focused on many new trends that food manufacturers, distributors and retailers are seeing in today’s market, from new product development to plant-based options and challenges retailers are facing with changing consumer preferences.

The panel consisted of:

As the Mazars food & beverage team gets ready for its fourth forum of the year, on Oct. 17 in Bensalem, Pennsylvania, check out the website and register to attend: mazarsledger.com/mazars-food-and-beverage-forum-pennsylvania/.

These forums are a worthwhile investment of any food or beverage professional’s time.

The business of cannabis: You’ve got questions — our experts have...

Murphy rails against house parties, says they are key contributor to...