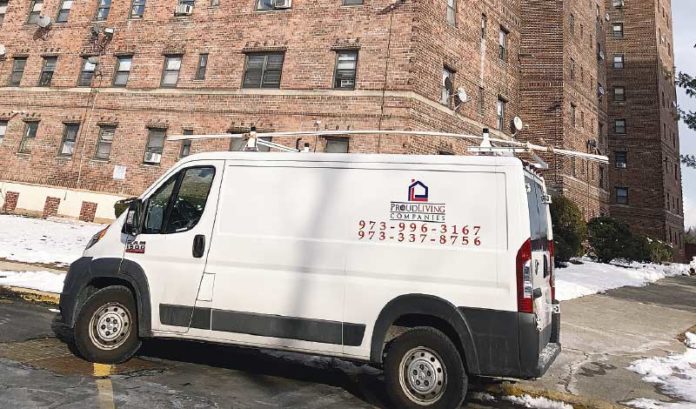 No one in the real estate business is going to complain about saving some money.

But TJ Caleca says, in the landlord business, it can give tenants a reason to fuss.

That’s why the founder and president of East Orange-based ProudLiving Cos. isn’t embarrassed to say he way outspends competitors with a $2 million annual payroll. He claims no New Jersey landlords focusing on neglected assets, sometimes in a low-income strata, come close.

As the contractor, developer and real estate firm builds on its profile of 1,000-some multifamily and mixed-use units across about 40 properties, the company and its 32-year-old leader are looking to reverse an animus toward absentee landlords felt by sidelined communities in the Garden State.

“Would it be nice at times to have some money in the bank? Sure,” Caleca said. “But, if there’s no customer service, and you can’t control maintenance, leasing, property management, then you can’t (control) the quality of your brand. From our tenants’ standpoint, our large staff gives them a level of service no one else in our area provides.”

For evidence that renters appreciate the staff that comes with the big payroll, Caleca points to reviews of ProudLiving on platforms such as Google that are unheard-of for an inner-city landlord.

“We’re not going to be your typical slumlord with two people in an office, never intending to make any repairs or do anything besides suck all the money out of the building,” he said.

Caleca is too familiar with what it’s like to get stuck in a bad bargain.

He experienced a betrayal formative to his approach to real estate when, at the age of 21, he was asked by a local entrepreneur in the real estate sector for a large investment to kick-start a sure-bet business enterprise.

“This man, who was the father of a close friend in high school — I thought he was trustworthy,” Caleca said. “I took my dad’s life insurance money, which I wasn’t supposed to touch until I was 25, and I gave it to this guy.”

He gave his money to Joseph Suarez, who would later plead guilty in a U.S. District Court to his part in a conspiracy with his wife to defraud victims of about $1 million through various investment schemes.

“That was, of course, eye-opening,” Caleca said. “And people told me not to do it. I was arrogant. I really thought I had everything figured out. But I had nothing figured out — and I was hundreds of thousands of dollars in debt. I had two options: figure it out and survive or go bankrupt and tell everyone I’m sorry.”

Choosing the former, Caleca worked around the clock to rebuild his own financial life, on top of paying back the people he nudged to also put money into Suarez’s alleged scheme.

He’d start days at 4 a.m. doing personal training, a business he first practiced in his mother’s garage. He’d then run properties in Newark before doing more personal training lessons when the workday ended. After all that, he’d work a shift at a bar until closing time the next day.

“Looking back on those experiences now, I think it gave me a sense of perspective,” he said. “When you get in uncomfortable situations, you’re forced into a flight-or-fight mode that can make you stronger and give you a new sense of purpose.”

Caleca and the 60-plus employees at his company have found that purpose in trying to make a positive impact in the communities they own and manage properties.

The company isn’t picking up properties in Far Hills, Caleca said. Its footprint is in the state’s communities that are either being revitalized or really gotten that far yet.

In those places, small philanthropic expenditures can make an impact disproportionate to the cost. Recently, the company worked alongside three Essex County municipalities and community groups to give away free backpacks at the start of the school year.

With an eye on refreshing the image of urban landlords, Caleca expects to be involved in many more of these initiatives in ProudLiving’s future.

“Developing real estate without being able to go the extra mile and help peoples’ trajectory in that community isn’t something I’m interested in,” Caleca said.