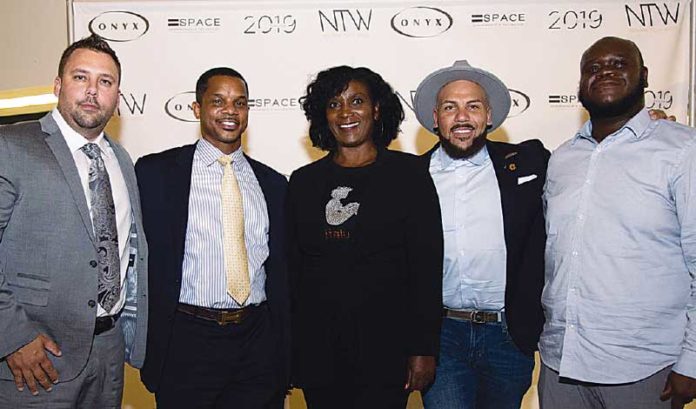 For Bernel Hall, renaming the Newark Community Economic Development Corp. to Invest Newark is about more than just saving speakers a few syllables. It’s about creating a brand name that matches the focus of the organization.

“When you say ‘Invest Newark,’ you basically are putting the mission in the name,” he told ROI-NJ. “We see an intrinsic value to rebrand Newark as the global gateway city it was founded to be in the 1600s. In order to do that, we really need to go out and invest in the infrastructure of the city in a way that we haven’t in the past.”

The announcement came last week during Newark Tech Week. And, while it comes eight months after Hall came on board, those familiar with the challenges of developing neglected urban landscapes know it takes more than just a marketing campaign.

More than anything, it takes money. Money that is invested properly — and in a way that both the investor and the city benefit.

Hall, whose background includes stops at Bank of America, UBS and Goldman Sachs, said he has plans to do just that. Especially when it comes to using the land bank that was recently created to help the city develop its blighted and abandoned properties.

“We’re looking at folks that have a track record of investing in an unserved community and saying, ‘Rather than us just giving you our pipeline — because you don’t really know these people as well as we do — we’d like to sit on your investment committees and make those decisions in concert, based on real-life underwriting standards that have been revised to speak to the actual community of businesses that we serve.

“I’m not talking about subsidies. I’m talking about lending and investment programs that allow early-stage businesses in urban locales — with some of the challenges that go along with urban locales — to be accredited in different ways, basing credit decisions on all these things that are not traditional, like making lease and utility payments and showing a history of good behaviors as it relates to management and stewardship of dollars that are invested.

“That’s not to say everybody is going to get money, because you know there’s situations where businesses do not qualify, but it would allow for a broader set of businesses to flourish.”

The other option is basic.

“We just have to have our own money,” Hall said. “One of the things that I am really focused on as a former banker is really getting on the road to raise dollars.”

“Land banks are expensive,” he said. “So, we’re already looking to do things that cross-subsidize the cost that we’re going to incur, including co-development opportunities in which we pledge the land as our equity. Long-term ground leases can be a possibility as well as repayment of loans that return on any capital that we invest.”

The key, Hall said, is to avoid one-and-done deals.

“What we’d need to do is make sure we have a model that not only sustains us, but gives us recurring funds that we can reinvest in the community for economic development versus just focusing on subsidies and grants that never come back,” he said.

All of this, Hall said, will help spur other initiatives, including:

A new name and a new logo only go so far, Hall said. He’s looking to relaunch the organization’s website by the end of the year to spur development.

“We’re going to have a business directory and business portal and community events calendar,” he said. “It’s just another way we can create business opportunities.”