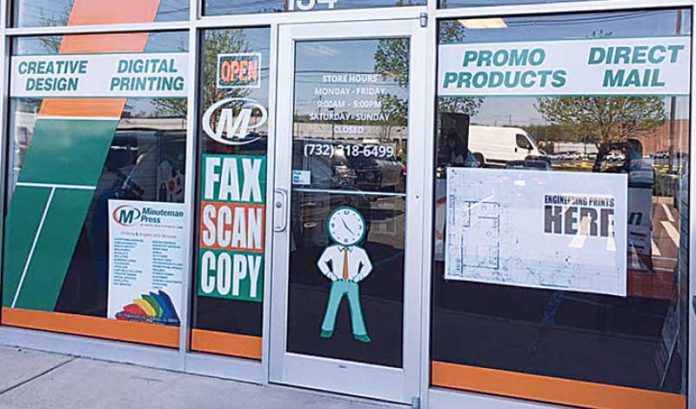 As she traveled from one Wall Street firm to the next, Indian immigrant Suchitra Kamath’s commendable career path was taking the obvious turns.

Then came the lane switch.

Acting on a longtime desire to run her own business, she latched onto a franchise business about three years ago, starting a small printing and promotional products company based in Edison that she could call her own.

The franchise market, although the source of a not insignificant number of Asian-owned businesses, hasn’t had many follow the same road as Kamath.

“For one, I’ve found that most of the Indians’ franchise businesses are in the food sector,” she said. “It could be a Dunkin’ Donuts or a business like McDonald’s. Very few Indians are in a business such as printing, even if it’s a very mainstream business here. And it’s also the case that very few women are in this business.”

Not many in general have been diving headlong into the same sector Kamath has, she said. Most have been scared off by the rise of e-commerce promotional items and printing services, as Kamath explained.

But this former Wall Street executive, who has been recently recognized for her marketing achievements by the state’s Asian Indian Chamber of Commerce, has increased sales by 500% at the Minuteman Press location in the time since she took over the business.

Kamath attributes part of that success to making inroads in the Edison community, which has one of New Jersey’s largest South Asian ethnic populations.

“We’re certainly helped by the fact that the local South Asian community feels comfortable approaching us for our business,” Kamath said. “We know the language and there are cultural aspects we understand, so I think we’re in a good place because of that.”

But she wouldn’t say that her background has made entrepreneurship easy.

“I think what a lot of us first-generation immigrants face in terms of challenges is that we don’t have any financial backing to rely on,” Kamath said. “It’s usually self-funded. We’re building it all from scratch. Also, the way finances worked in India as I was growing up was way different than it is here.”

Some of those early hindrances were neutralized by finding a helpful franchise partner — the reason, she speculates, that other Asian Americans in business have chosen that route.

In any case, Kamath is keen on making a name for herself.

“Our business just reached the three-year mark, which is a big deal,” she said. “There’s a huge ocean of industries that won’t do business with you until you have finished three years, because it’s seen as inexperienced. We’ll be approaching new industries to show them what we can do.”

Webinar: Companies with ‘purpose’ will meet customers where they are