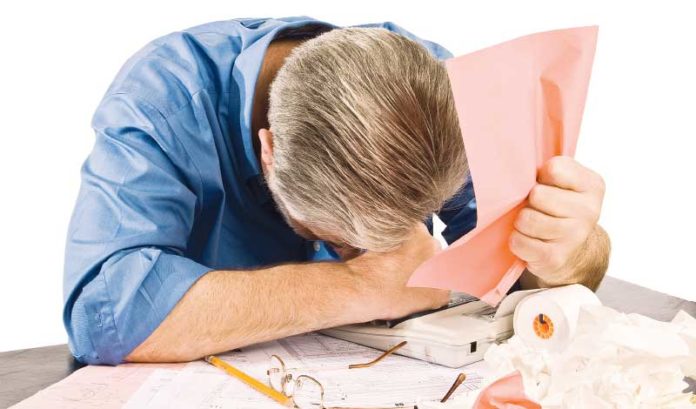 The federal Tax Cuts and Jobs Act enacted in December 2017 was intended to simplify the payment and filing of taxes.

But New Jersey tax preparers say it has made everything that much more convoluted.

“Part of what was enacted going into 2018 was tax ‘simplification,’ or the whole idea that your tax return could be prepared and filed on a postcard,” said Christopher Lieto, partner at Mazars USA, an international audit, accountancy, tax, consulting and advisory firm with a New Jersey office in Edison. “Simplification in someone’s eyes is complication in someone else’s.”

As taxpayers and advisers continue to progress through the last tax season of the year in time to meet the Oct. 15 deadline, there are still many intricate nuances and ideas to dissect within these new laws, Lieto added.

“I don’t know if they would be considered unintended consequences, but there is a lot more going into individual and business tax returns than in years past,” he said. “These new laws, while they are helping, are quite complicated, and there is additional time incurred in order to prepare the returns. Then we run into, well, how does that translate to our clients? They don’t necessarily want to have to pay for the professionals to learn new information, but here we are.”

The toughest tightrope to walk, Lieto said, has been needing to have difficult conversations with taxpayers who say they had always gotten a refund before.

“For some people, TCJA is cutting taxes, but if you’re a W-2 earner, it didn’t help, because part of the TCJA altered the withholding tables, so, while people got more money throughout the year, thinking that was great, when they filed their tax returns, they then owed money,” he said. “People had never been in that situation before and were shocked.”

Erin Avnet, partner at Citrin Cooperman, an international assurance, tax and advisory firm with an office in Livingston, said her colleagues, too, are still dealing with the after-effects of TCJA.

“It’s been difficult for both taxpayers and CPAs,” she said. “The goal of simplifying taxes did not turn out as anticipated, as this has been the most challenging tax year for many, and there are not even final regulations with some of the new tax law changes.”

There has not been a lot of guidance alongside the significant changes and new forms across the board for businesses and individuals, Avnet added.

“Each time something comes out, we have to work to wrap our heads around it to make sure we are in the know and can provide our client with the guidance they need,” she said.

The Internal Revenue Service has not been much help with the new changes, such as the $10,000 limitation on the deduction for state and local taxes, including real estate taxes, said Daniel Mayo, principal at Withum, a national public accounting firm providing advisory, tax and audit services with offices in East Brunswick, Princeton, Red Bank, Saddle Brook and Whippany.

“The IRS also announced that it was continuing to consider issuing future guidance, which likely means it will play whack-a-mole as new deduction-avoidance strategies come to light,” Mayo said.

Mary Ford, tax director at SobelCo, a certified public accounting and consulting firm with New Jersey offices in Livingston and Woodcliff Lake, said any suggested amendments to TCJA have taken a back seat.

“The much-needed technical corrections to the unintended consequences in TCJA for qualified improvement property and net operating losses does not seem to be a top priority in the House and might not get enacted in 2019,” she said.

In fact, the current political environment will make it much more difficult for the administration to pass tax reform 2.0, Mayo added.

“Now that Speaker (of the House Nancy) Pelosi has announced the commencement of an official impeachment inquiry, the climate certainly is not conducive to compromise, even on legislation where there was bipartisan support previously,” he said.

However, according to Lieto, there may be a silver lining to the complicated enactment of TCJA.

“We did see an uptick in new clients with many questions,” he said. “People who had always handled (their taxes) independently came out of the woodwork and said, ‘We’re a little bit over our heads and we need help.’

“The simplification was not quite as simple as intended.”