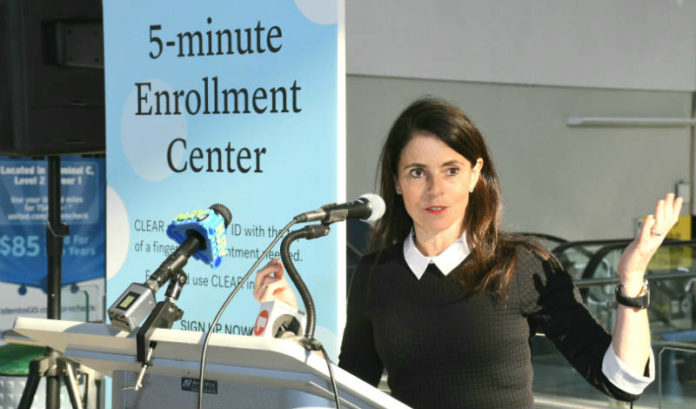 It’s just got a little bit easier to get through security at Newark Liberty International Airport.

CLEAR is aiming to change the way consumers experience the world by transforming the cards in their wallets into a single biometric ID. At airports, members access security through a dedicated lane where they verify their identity with a tap of their finger or blink of an eye before continuing on to physical screening.

The service will cost $179 annually, with discounts given if you are a MileagePlus member, depending on what level status you have.

Those of premier gold or higher status will get the service for free. Platinum, gold, silver and general co-brand cardholders will pay $109. General members will pay $119.

United officials feel it’s an important step toward making travel seamless for customers traveling through Newark airport. Through this partnership, the companies are offering free and discounted pricing on CLEAR memberships for the airline’s MileagePlus members, and delivering innovative experiences for customers from curb to gate and beyond.

Jill Kaplan, president of N.Y./N.J. for United, said she’s thrilled to be able to provide a service so many have asked for.

“We’re thrilled to not only begin opening lanes here at Terminal C, but to also continue working with CLEAR to improve their travel experience throughout the airport,” she said. “Earlier this week, we opened CLEAR lanes at our Houston hub, and we are confident that customers traveling to and from Newark will enjoy the opportunity to use CLEAR when they travel with United.”

Earlier this week, CLEAR officially began operations in Terminals B and E at United’s George Bush Intercontinental Airport hub in Houston and announced plans to expand into Terminal C in the near future. The companies also anticipate launching at United’s terminals in Chicago O’Hare International later this year.