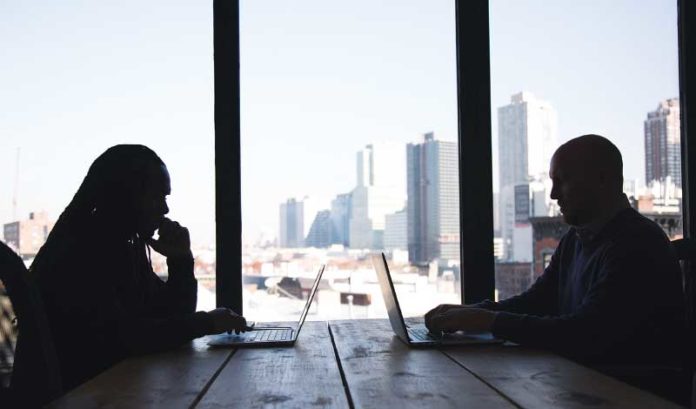 Growing up amid political upheaval and activism not only heavily influenced Zahra Amanpour’s cultural worldviews, but also her career path, she said.

“It tied me to the idea that community is how you make change happen, how you can influence your immediate circumstances as well as the world,” Amanpour said.

As founder and owner of Indiegrove in Jersey City, Amanpour said her goal today is to foster an active community of successful entrepreneurs and like-minded professionals. 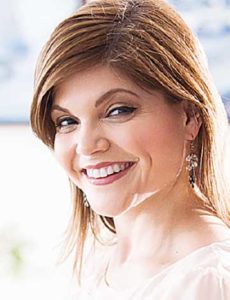 “The most amazing part of operating a coworking space is the network you build and the connections you make in the community, not only with your own members, but also with local businesses, politicians, nonprofits and more,” she said. “Being part of promoting the idea that people can live happier, more fulfilled lives while setting their own goals and ambitions has been amazing.”

Though Amanpour was born in Tehran, Iran, her family fled the country after the revolution in 1980 to live in Virginia, close to Washington, D.C.

“My parents were still very politically active and did a lot of work in the capital with Congress, trying to influence policy around the Middle East,” she said.

Then, when her father was killed by the Iranian regime when she was just 8 years old, Amanpour’s mother got more involved with the movement against the regime.

“There was an organization based in Iraq that was fighting both politically and militarily with Iran, so she, myself and my sisters moved to Iraq for a couple of years,” Amanpour said.

When the first Persian Gulf War broke out in 1990, they returned to the U.S., where Amanpour would eventually receive advanced degrees in human services, social psychology and international business.

“I of course had the idea that what I should do in this world should be meaningful and contribute to society,” she said.

“My childhood conflict led me to that organization, of which I have now been on the board of directors for some time,” she said. “I always was learning about women in some of the most remote, harshest areas of the world rising above through economic development and entrepreneurship, and, I thought, what a credible way to bring about change.”

When she and her husband moved to Jersey City in 2006, her exposure to the organization also landed her work as a program manager for Working in Business Opportunities, the first entrepreneurial training program for women and minorities in the U.S.

“That job took me to every underserved community in New York City that you can imagine, but it was so exciting and thrilling for me to be a part of the change,” she said. “We helped people learn how to start businesses, write business plans, and, a year later, they would be hiring people and having an impact on their own communities. I was deeply affected by that.”

“With my exposure to government and policy throughout my life, I was going to keep rising, but it became very frustrating to me,” she said.

Amanpour therefore got her first taste of entrepreneurship as founder and president of Next Move Strategy, a business consultancy in New York City.

“I had more and more people ask me if I would look at their financials, marketing and business plans, and I would say OK, but I couldn’t keep doing that for free,” she said. “So, I turned that into a temporary business, a bridge between me working full-time for nonprofit and government and the leap I needed to take to begin my own venture.”

While still at the Department of Small Business Services, Amanpour said she was exposed to projects that then-Mayor Michael Bloomberg’s administration was working on, helping coworking spaces get started.

“I thought that was a brilliant idea, as one of the main struggles entrepreneurs have is finding flexible, affordable, professional workspace in which to start and grow their businesses,” she said.

Amanpour then turned her sights on her own city.

“Jersey City was on the brink of massive change, with a lot of development going on, but there was nothing to ensure (stability) for small businesses and entrepreneurs, too,” she said.

Amanpour therefore quit her job in June 2012 and raised capital to sign a lease by October in a building just steps to the Grove Street PATH station.

“I had perfect credit and experience in this type of work, but coworking was still very new at the time and banks just kept saying no,” she said. “I needed about $100,000 to start, so I started doing what I knew how, which was to go to community lenders.”

Amanpour secured $25,000 from the Greater Newark Enterprises Corp., $50,000 from the Jersey City Economic Development Corp. and $25,000 from family and friends to build her way through Hurricane Sandy and open Indiegrove in January 2013.

“But I knew the initial $100,000 would only last me six months after renovations, so, if I didn’t figure out how to get enough customers to break even in that time, I would be out of business,” she said. “So, while I was building out the space, I networked and got the word out that coworking is really something people should know about.”

Today, Indiegrove has more than 200 members, ranging from techies to lawyers to artists, and another 50 who regularly book meeting rooms in the now 12,000-square-foot space.

“It became clear a year after we opened that we didn’t have enough meeting spaces and I also had underestimated how valuable private office spaces were in terms of stability,” Amanpour said. “Coworking is a volatile business in that it only requires small payments month-to-month, which fluctuate with the seasons, with the economy, and do not require security deposits or long-term commitments.”

To start, private office spaces represented only 10% of Indiegrove’s business.

But after Indiegrove’s first renovation in 2015, due in part to a $175,000 loan from the New Jersey Economic Development Authority, private office spaces represented nearly 40%.

“I don’t think my landlord is going to let me take any more space in the building — but I have been very fortunate in that the location I chose has just exploded,” she said.

With offerings at the 24/7 facility such as mail, copy, print and scan services as well as business education and networking events, Indiegrove’s flexible membership plans range widely from just 10 days per quarter at shared workspace for $300 to private office spaces for up to six members for $3,000.

Meeting and conference rooms can also be rented for $25 to $45 per hour.

Though Indiegrove employs just two, the challenge is overhead.

“There is a lot of risk involved,” Amanpour said. “You’re taking on enormous commitments in order to make it work.”

Amanpour said much of her workday is therefore spent on facilities and cost-control — but there are, of course, exceptions.

“Today, I’m helping a business think through their budget challenges,” she said. “I still do a lot of that sort of thing, because there are a ton of people at Indiegrove who we would not be where we are today if they hadn’t believed in me early on. Now those people are my friends and I am happy to help.”

This past year was Indiegrove’s best yet, Amanpour said, and, if the right opportunity presented itself, she would be willing to expand in a thoughtful and socially conscious way.

“Looking at Jersey City and everything its going through, I hope what will continue to happen is that room will be left for the organic growth of entrepreneurial creativity,” she said. “We’re in a very difficult and scary time in terms of politics and the economy, but I hope as a society we can remember that this is where real change comes from and that we must continue to support and push that forward.”

Zahra Amanpour, founder and owner of Indiegrove in Jersey City, said too many people underestimate what it takes to run a profitable coworking space.

Case-in-point: New York-based WeWork continues to lay off thousands of employees as the once-successful business attempts to cut costs after its last-minute leadership change, the delay of its initial public offering and a multibillion-dollar loss in valuation.

“The news has made the consumer more educated about what coworking is and, hopefully, that will push coworking to a better place, as consumers demand more sustainable and viable options,” Amanpour said.

Amanpour added that she hopes to be a leader in that shift.

“It’s been frustrating over the last seven years to watch coworking go from being independently owned, with people passionate about starting spaces and growing communities, to what is now a developer’s dream,” she said.

However, whenever competitors come around, Amanpour said she refocuses on building her community rather than competing on price or amenities — and her strategy has worked.

“At first, it was terrifying when I realized others were coming into market, but it actually has made us better at what we do,” she said. “Everything we do now must fall within the idea of helping entrepreneurs start and grow their businesses more successfully because that is what sets us apart.

“For example, other coworking spaces can put on 100 events a month, but when you really look at them, many are distractions or even solicitations. If we do only one event per month, it’s going to solely work on building one’s business.

“We need to limit our temptations and focus on what we do well.”

While working 16 hours a day, seven days a week to get Indiegrove up and running, founder and owner Zahra Amanpour also gave birth to her first child.

“I took two weeks to come back to work full-time after the birth of my daughter, and, later, with my son, I was able to stretch it to five weeks,” she said. “But, even then, I was sending emails and working from home.

“That is really hard because you’re going through enormous mental and physical changes, you’re exploring your new identity as a mom, your body is going through hell, and you’re then supposed to function as if nothing is up — as if you are still totally on your game.”

Amanpour said she coped by learning to automate and delegate more while hiring additional consultants.

Though her daughter is now 5 years old and her son is now 2, Amanpour said motherhood is still by far the most challenging thing she has ever done.

“Motherhood puts everything else to shame in terms of stretching me to limits I did not know I had,” she said. “And it’s something we don’t talk enough about.”

That is why, last January, Amanpour decided to become a lead facilitator of Tide Risers, a nationwide community of women leaders.

“We’re focused not just on professional, but also personal growth and using that combination to be a more holistic leader with a greater impact,” she said.

One of the things Tide Risers works on with its members is learning to be their authentic selves, Amanpour said.

“I always was someone who never talked about my personal life at work, but my children have changed that completely,” she said. “At Tide Risers, we really dig into these types of topics to discuss the realities we’re facing.”

Amanpour is currently recruiting for her next one-year cohort, beginning January 2020 at an annual cost of $2,500.

“Women come together at least once a month to support one another, hold each other accountable and push each other to new levels.”

Room with a view: Why NRIA is bullish on its Gold Coast luxury property

Health Care
Derek Hall -
September 17, 2021
RWJBarnabas Health made a series of changes and transitions within its senior leadership team, the health system said in a news release. The move comes...