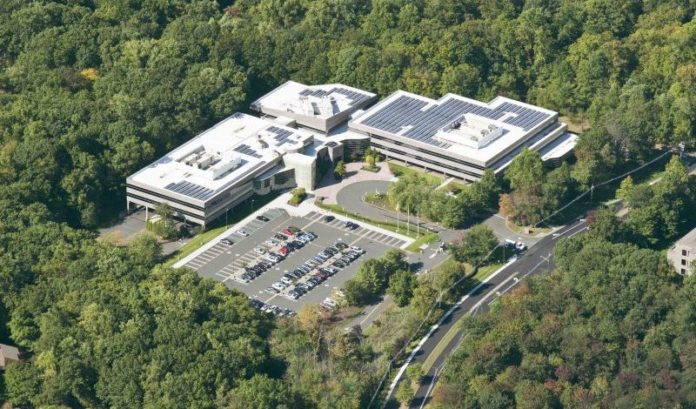 Promotion in Motion Inc., a manufacturer of fruit snacks, fruit rolls, confections and other snack foods, has signed a 110,945-square-foot headquarters lease in Park Ridge.

The lease at 225 Brae Blvd. was CBRE‘s largest office transaction completed in Bergen County to date in 2019, it said.

“We are thrilled to be able to bring such a high-profile company to the property and to the Montvale/Park Ridge market, where the redevelopment of the area over the past few years has attracted a number of major corporate tenants,” Babikian, executive vice president, said. “We are also very excited to have worked closely with ownership during the repositioning of the asset from a single-tenant facility to one of the best-in-class multi-tenanted Class A office buildings in the market.”

The property, which was built in 1988, is a 224,413-square-foot facility serving as the global headquarters for international rental car company Hertz. The Class A complex has amenities such as a three-story atrium, covered parking, a full-service cafe and a fitness center.

“Ownership has invested considerable capital towards a number of major improvements at the property to create a working environment unlike anything found in this submarket that is ideal for office users looking for quality space in Bergen County,” Godau, first vice president, said.

More from ROI-NJ on Promotion in Motion:

Why Thrive, Ga.-based senior living company, is expanding into N.J.

NJII set to take over management of tech park