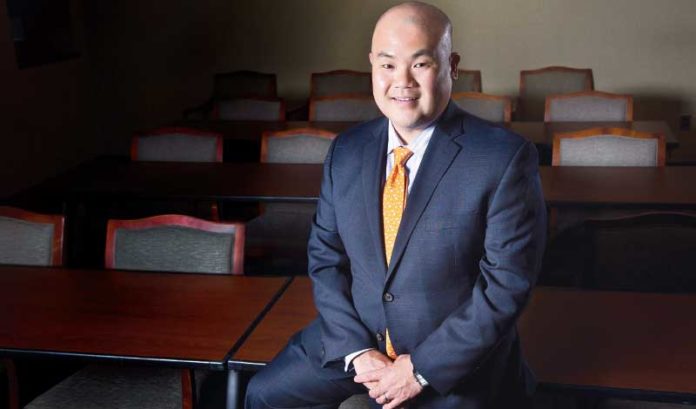 It has been a quiet accomplishment, but word is getting around about New Jersey’s successes in addressing the Asian community’s health care needs.

You can trace it back more than a decade, when a few forward-thinking health care institutions came up with the first services devoted to the Korean American community in New Jersey — home to some of the fastest growing enclaves of that ethnic group outside of Korea.

Perhaps most influential has been Holy Name Medical Center, which over the course of about 10 years has expanded its Korean Medical Program and now provides a wealth of services to more than 45,000 Korean American people each year. The initiative spawned a slew of other programs.

Bergen New Bridge Medical Center, after introducing the region’s first long-term care facility dedicated to Korean Americans more than 15 years ago, also has proved influential, having inspired at least two similar facilities in Bergen County and more throughout the state.

Today, those organizations are just as forward thinking.

At Holy Name, a new assistant vice president of Asian Health Services was appointed earlier this year who is leading a new phase of the organization’s approach to population health.

The new executive, New Jersey native Dae Lee, said Holy Name already has built a lot of the infrastructure to interact with the Korean American community — translation services and other amenities that have made health care services easier to access.

“So, my task and my charge coming here was to plow through the data and figure out a way to serve this community differently and more uniquely as we move forward,” he said.  “What we’re really focused on doing now is asking what the clinical data shows us. If we had success with certain populations, why was that?”

If you look at the past decade of interaction between health care organizations and Asian communities, Lee said, a lot of the focus was put on how to improve communication, particularly when dealing with first-generation immigrants.

Another area of emphasis has been on removing some of the stigmas associated with particular health care services. For instance, Katie Richardson, a leader at Bergen New Bridge Medical Center, said there wasn’t a strong acceptance of the idea of nursing homes for many years in the Korean community.

“You take care of your elders at home,” she said. “It’s a sign of respect and seen as a virtue. However, many individuals that come over as first-generation immigrants, the sons and daughters both have to work. Most households are two-income families, and they can’t take care of them at home.”

Richardson, Bergen New Bridge’s chief long-term care officer and long-term care administrator, said attitudes are changing. The organization just hosted a delegation from South Korea that was assessing different aspects of nursing homes, as these facilities are starting to be seen as necessary there.

New Bridge, the largest nursing home in the state, has Korean-speaking staff, Korean chefs and other ways of making the 140-some Korean American residents — more than one-third of the facility’s total population — feel comfortable.

Now, the company is asking what else it can do.

“We’re open to anything,” Richardson said. “We’ve been approached by other community groups, and we’re willing to cater to anyone. We want to have those discussions now and take a look at different populations.”

The logic for New Jersey organizations that pioneered local Korean-focused health care is that, if you can figure it out for one population, it’s easier to adapt it for other groups.

Holy Name expanded its own program within the past few years to include Chinese, Filipino, Indian and Japanese populations.

That expansion occurred back in 2016, when, as Lee explained, the organization discovered that an influx of Filipino patients influenced metrics used to screen people before they develop diabetes. That population’s hemoglobin A1c values — a test measuring blood sugar — were rising.

“Now, we’re doing targeted health fairs directed at the Filipino community, because they were the ones showing the spike in A1c values,” he said. “And we’re meeting them on their own terms, out in the community, with the help of (political leaders) and health care professionals.”

The organization’s long-term goal is to take all the data that’s being gathered through these screenings — whether it’s the A1c values of Filipino patients or the lipid profiles in Indian populations — and look at it on a scale that can provide better intervention efforts and health outcomes.

“At nearby William Paterson University, we have academics recognizing that we have this treasure trove of data we’ve been collecting,” he said. “Better understanding some of that data might give us the innovations we need to address these issues.”

Many years after New Jersey’s health care organizations started crafting the first outreach efforts to the Asian community, it’s the use of data that’s been gathered along the way that Lee expects to be the next step in treating certain population groups.

“It’s the right thing to do based on where the disease is and how we can actually help them,” he said. “And at the end of the day, we simply want to lower costs, improve outcomes and have a wonderful experience for those in the community we serve.”

Menendez attacks Facebook for lack of transparency around vaccine