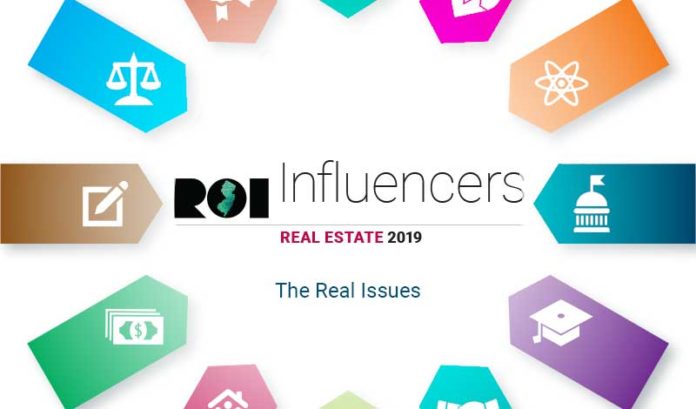 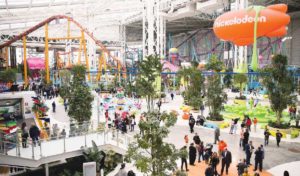 The project was 17 years in the making — including three developers, two names and one really ugly indoor skiing center — but it’s finally here. Kind of. American Dream opened Oct. 25, but it was as muted an opening as you could get. No ribbon-cutting. And little fanfare — even a visit from Gov. Phil Murphy was downplayed. The reason? The project, which was given a record tax incentive award of $390 million (not a penny has been paid out; understand how this works before balking) is still far from complete. There is little, if any, food. No retail. And although Nickelodeon World reported an opening-weekend sellout, there have not been a lot of customers. Proponents are pushing patience, still convinced this will be the economic smash hit it has promised to be, one that brings the state 16,000 jobs, hundreds of businesses and millions of dollars in taxes — as well as 40 million annual visitors.

Tax incentives: Everybody wants them — or so both sides say. They just can’t agree on them. That’s why the state doesn’t have any of them. And why incentives — or the lack of them — is the biggest story of 2019. Gov. Phil Murphy not only allowed the Economic Redevelopment & Growth and Grow New Jersey incentives to expire, he did so without his desired replacements being approved by the Legislature. And did so while using the results of an audit he commissioned to show the old incentives were doing more harm than good — and may have been awarded in a less than forthright manner. Is it true: Yes? No? Who knows? At this point, it doesn’t matter. New Jersey, a state that promises better value, always has needed incentives to draw even with its top competitors. Without them, we may be falling further behind. 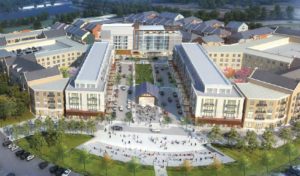 In West Windsor, AvalonBay’s Ron Ladell is close to releasing a site plan for a $300 million mixed-use transit-oriented development at the 24-acre site around the Princeton Junction train station — one that is expected to include a 120-room hotel with rooftop restaurant, more than 800 units of housing, 37,000 square feet of retail and more than 50,000 square feet of open space. In Somerville, Ralph Zucker and Somerset Development will partner with New Jersey Transit to create Somerset Station, a 31-acre site that will include two apartment buildings (371 units),  156 townhomes in 14 buildings; two parking garages; 4,000 square feet of retail space; a 4,000-square-foot community civic center; and a 526-space parking lot. NJ Transit has expressed a willingness to work on projects at stations throughout the state, announcing upgrades at the New Brunswick station and a complete overhaul of the Elizabeth station. Just last week, Gov. Phil Murphy announced a memorandum of understanding with Garden Homes and Middlesex County to do the long-awaited North Brunswick train station on Route 1. There are projects all over the state, including Denholtz Properties’ the Rail @ Red Bank Station, a Prism project in Dunellen and Accurate Builders & Developers’ project called the Crossings at Raritan in Somerset County.

Last year’s ROI Influencers: Real Estate list led with an appreciation of the work of three big-city mayors: Newark’s Ras Baraka, Jersey City’s Steve Fulop and New Brunswick’s Jim Cahill. This year, we honor three others, all of whom are doing solid work in three underserved urban areas. In Paterson, Andre Sayegh is moving forward with plans to add a 206-unit multifamily project as well as revitalizing Hinchliffe Stadium — and working toward improvements at the Great Falls, including a new visitors center. In East Orange, Ted Green has helped create plans for more than $1 billion in development, including a proposed project with 800 residential units and nearly 200,000 square feet of commercial space called the Crossings at Brick Church Station. In Plainfield, Adrian Mapp celebrated the recent opening of Quin Sleepy Hollow, a 212-unit residential complex, as well as the groundbreaking for the Station at Grant Avenue, a $40 million mixed-use redevelopment project. 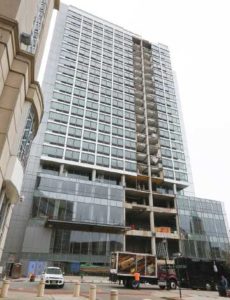 The $172 million New Brunswick Performing Arts Center, a 450,000-square-foot, 23-story property that comes complete with two stages, four rehearsal areas and more than 200 units of housing, is a perfect example of how the arts can help shape a city. The project, built by Chris Paladino and Devco, also is a great example of how public-private partnerships can get key projects done. Paladino, who has mastered the use of the financing, has plenty more in the pipeline, including an addition to the Atlantic City Gateway project he opened a year ago. That project, which features Stockton University, has hit a delay, but another school project, University Place at New Jersey City University, is progressing nicely. Figure there is more to come, too. The state has expanded P3s beyond colleges and is now rolling out that law after Murphy signed the legislation last year.

They are opening — or are on the drawing board — throughout the state. Prism’s Gene Diaz continues to build out his transformative On3 project in Nutley/Clifton, with the opening of the Center for Discovery and Innovation, a state-of-the-art research facility run by Hackensack Meridian Health. 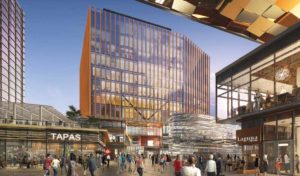 RWJBarnabas Health announced plans for a $750 million, free-standing cancer pavilion in New Brunswick that will house key outpatient services, including those for chemotherapy and radiation therapy, as well as the major diagnostic modalities and inpatient cancer services. The cancer center can only help with drawing companies The Hub @ New Brunswick, a 1.7 million-square-foot mixed-use facility that Murphy wants to make the centerpiece of many of his programs to create an innovative economy in the state. Chris Paladino and Devco are building both New Brunswick projects. 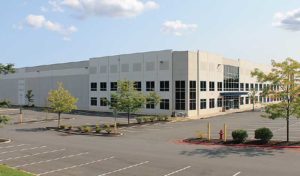 Everyone agrees industrial is the hottest sector in the industry — still. There’s just a debate on how to quantify it. Some point to Prologis’ $12.6 billion acquisition of Liberty Property Trust, the merging of two companies that have a strong presence in New Jersey and elsewhere. Others look at the long-awaited groundbreaking of the Kingsland project, where developers Alex Klatskin of Forsgate Industrial Partners and Ed Russo of Russo Development will build a six-building industrial complex and a solar farm on 717 acres. Trust us, they are happy to have the land to work on. Creating land is another big issue in the state — and the key for capitalizing on this hot market. 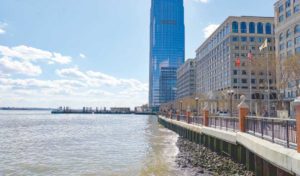 Jersey City, the darlings of economic development for more than a decade, showed it had plenty of fight in it. Mack-Cali Realty Corp., the state’s largest REIT, held off a takeover attempt by Bow Street, but eventually conceded four board seats to the dissident investor group. Meanwhile, the Kushner Cos., which is run by the family of Jared Kushner, President Donald Trump’s son-in-law, continues its fight with Mayor Steve Fulop — filing another lawsuit that claims the city is conspiring against the development company because of its connection to Trump. (A previous suit was recently dismissed.) How is all this impacting real estate development in Jersey City? It’s not. Business is still booming as more companies search for an alternative to New York City.

Newark’s Ras Baraka was one of the mayors in our top spot last year. Deservedly so. Real estate and economic development in the city has been that strong in recent years. It continues to be that way. And now, help appears to be on the way at the city’s most important buildings: the Gateway Center. 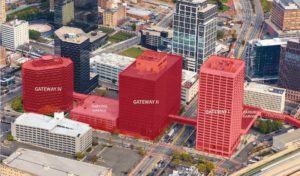 Onyx, under the leadership of Jon Saraceno and Jonathan Schultz, took control of Gateways 1, 2 and 4 just before the close of 2018, with the plan of redeveloping the concourse and street levels to make the buildings more inviting to those coming from Penn Station. Those travelers and businesspeople will have plenty of options when they hit the street. Mulberry Commons, a park that runs from the Prudential Center to the NJ Transit tracks (and eventually over them) was completed this summer. Ironside Newark, which borders the park, should be done soon. And 777 McCarter, a mixed-use market rate residential building by Boraie Development, recently got final approvals. The city finally has a large-scale supply of new market-rate rentals, which will be a test for the market. If projects such as One Theater Square, Walker House and 50 Rector succeed, market-rate developers will continue to flock to the downtown. 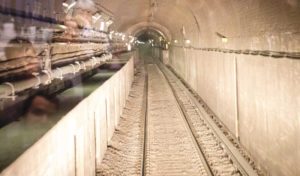 When the federal financing for the long overdue and desperately needed Gateway Tunnel project to connect New Jersey and New York is finally approved, it will be the story of the year in the state. For now, it’s just a story of fear. Officials on both sides of the river are aggressively pushing the project to replace the current tunnel — and have combined to commit more than $1 billion in funding. The project, however, will not get going until the federal government makes a commitment. Before then, some $70 million worth of engineering work has gotten started. Gateway Development Corp. officials say it will help make the project more shovel-ready if federal funding comes in.