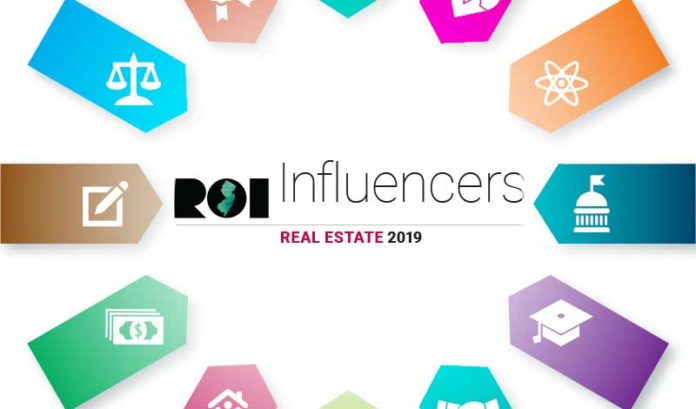 It was one of the biggest real estate and economic development openings in New Jersey in a generation.  An occasion that would mark the culmination of a nearly two-decade-long quest to bring a transformative retail and entertainment mega complex to the state.

And there wasn’t even a ribbon-cutting.

No, when American Dream opened for business in late October, it was a soft opening if there ever was one. No news conference. No proclamations that this was a new way people would shop and play. No retail stores. And barely any food.

Just an amusement park, an ice skating rink and more promises of what is still to come.

“Not with a bang, but a whimper” barely begins to describe it.

But the late October opening of American Dream is a metaphor for real estate in New Jersey in 2019: There is a vision and a desire for a prosperous future, but not much present.

“Name one big project, one big ribbon-cutting — name one big thing that you can put your finger on and say, ‘New Jersey is rolling,’ ” one insider said. “I can give you plenty of reasons why the state is struggling — why everything is stuck in neutral — but nothing to say we’re moving forward.”

The reasons are plentiful. And political.

Gov. Phil Murphy is eager to build an innovative economy, one that is stronger and fairer for everyone — raise your hand if you’ve heard that line.

Murphy’s fight with South Jersey power broker George Norcross — which is at the heart of the state’s tax incentives battle — has brought things to a stalemate.

It has shown that Murphy still doesn’t know how to get his wishes through the Legislature and that Norcross and those loyal to him are just fine waiting him out.

Murphy did not renew the two biggest incentive programs the state had when they expired June 30 — Grow New Jersey and the Economic Redevelopment & Growth Program (better known as ERG) — saying they were both far too generous and not very generous.

And no one — Republicans or Democrats, developers and business leaders — disagreed with the assessment.

But, so far, nothing has taken their place. Murphy’s wish list for incentives — something every new governor seemingly gets as part of the job — is stuck on hold. He proposed new programs more than a year ago, but they seemingly are not close to coming up for discussion, let alone a vote.

It’s double trouble for the state.

“Show me evidence that this is a state which is open for business,” another insider said. “Companies see this and turn away. Why shouldn’t they?”

There is good news. Companies are still looking.

(CLICK HERE for the POWER PLAYERS: A to L)

“The only way you can complain that New Jersey is an expensive place to do business is to actually look into it,” another insider said. “That means people are looking at New Jersey. It shows we are a desirable place to be.”

Some businesses aren’t concerned about politics. They care about other things, like the port — and the amazing opportunities for e-commerce here. The industrial sector continues to boom.

As does multifamily, which is still going strong. And public-private partnerships. And transit-oriented development, which just got a big boost due to the peace that’s come between New Jersey Transit and Amtrak. It’s a sign government can work together.

“There are things going on,” one insider said. “Just not enough. And not enough big things.

“We need the governor to go into a meeting with developers, identify the five biggest projects that are on the drawing board, and not leave the meeting until everyone figures out how to get them started and get them done.”

(CLICK HERE for the POWER PLAYERS: M to Z)

Until then, New Jersey is in a bit of holding pattern.

It’s why, for the first time in six years of doing a list of the most powerful and influential leaders in real estate, there will be no Top 10 list of people. (It feels like a lot of folks are tied for 10th.)

This year, ROI-NJ will present the Top 10 issues involving the sector and the industry. We’ve then selected individuals in three categories: developers, icons and power players.

It’s certainly not the most powerful ROI Influencers list we’ve done. But it certainly seems to fit the times.

Click the links below to see who made the ROI Influencers: Real Estate list for 2019. And to read the entire section, scroll down.