Home Law Lawyers: Firms must be part of solution to human trafficking, lest they...
Facebook
Twitter
Linkedin 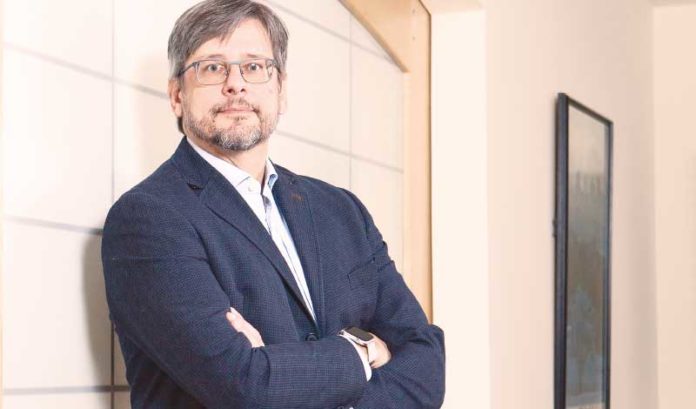 Mark Eveland runs a company in the legal sector, but he knows at least one thing about good public relations:

Any association with one of the world’s worst criminal enterprises isn’t it.

That’s why Eveland, co-founder and CEO of Princeton-based Verus LLC, a litigation support firm serving mass tort and class action law firms, says companies should be able to say they’re doing what they can to solve the problem of human trafficking, rather than contributing to it.

Contrary to idea that this issue is far from the world of business, Eveland believes companies in a number of industries could be held responsible in the future for not doing enough to combat it. In some individual cases, particularly in the hospitality sector, that’s already happening.

Because, whether businesses are aware of it or not, he said, they’re sometimes host to human traffickers and their victims.

“So, there’s a lot that corporations could be doing to help put an end to this,” he said. “Otherwise, companies are just waiting until the hammer falls and they’re subject to litigation. Or legislatures are going to step up and impose regulatory regimes that are going to be painful for businesses.”

Retired Judge Marina Corodemus, who served as New Jersey’s sole mass tort judge for more than a decade, said it’s not hard to envision that sort of fallout, given the recent example of the opioid epidemic and the repercussions pharmaceutical companies have faced.

“Could you imagine five years ago if we said people would think of opioids as the cause of a national catastrophe?” she said. “Businesses need to realize that they’ve got a social interest, if not a selfish business interest, in making sure they’re plugged into this, because the same change is going to come to this issue. And it’ll be more devastating, because it’s more than one industry involved.”

Corodemus, who is also director of the alternative dispute resolution practice at her firm, Corodemus & Corodemus LLC, took an interest in exploring the impact of human trafficking while on a trip to Albania, when she learned what an issue it was in that country.

She saw many parallels between it and domestic violence, which she had focused on the legal aspects of for about three decades. She’s now interested in bringing more awareness to the issue, alongside other local legal sector leaders.

“(Human trafficking) really implies taking away someone’s freedom for profit, whether that’s by deception or various criminal actions,” she explained.

Corodemus and Eveland both emphasized that, although the main association people have with human trafficking is the sex trade, that’s not the only form it takes.

“That’s certainly where many horrific abuses occur,” Eveland said. “But you also have smugglers involved in moving people from impoverished countries into developed countries to fill gaps in the labor market, such as in the agricultural sector.”

Eveland added that, at minimum, businesses should have programs in place in order to train employees on spotting human trafficking — whether it’s forced labor, sexual exploitation or any other instance of coercion.

Some companies are already introducing programs that teach employees what to do when they encounter someone they suspect is being trafficked or is engaged in trafficking someone else.

“It’s starting to take hold in the hotel industry, but there’s a lot more they could do,” he said. “Same thing with the transportation industry, ride-sharing companies like Uber and Lyft as well as elements of the housing industry, airlines, shipping companies — so many industries have a role.”

That’s what Corodemus and Eveland hope the takeaway for businesses is: they have a part to play.

“It’s all about a business knowing how its premises are being used, who its customers are and how they’re coming and going,” he said. “They have an obligation to be a good corporate citizen and know make sure the company isn’t contributing to violation of peoples’ basic human rights.”

Price gouging: Ex-AG explains what is being looked for — and...