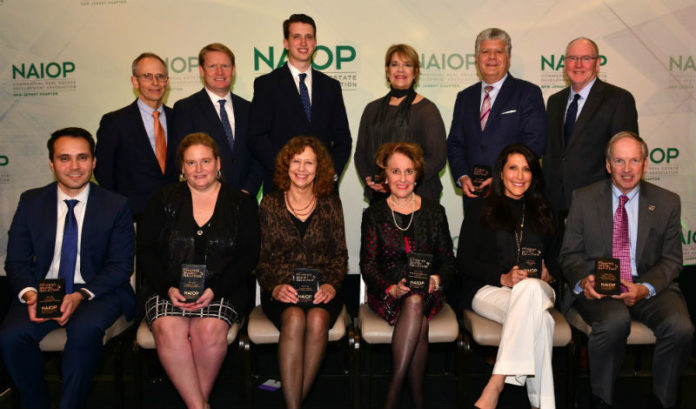 NAIOP New Jersey, a commercial real estate development association, announced on Friday it recognized the service and contributions of its volunteers at its 15th Annual President’s Awards and Hall of Fame Dinner.

The 2019 nominees to association’s Hall of Fame were also inducted at the event, which was held at the Hilton Meadowlands.

“Volunteers are what make any membership organization great, and NAIOP NJ is no exception,” said the association’s president Gene Preston, of Dermody Properties. “Each of you who holds a leadership position, serves on a committee, sponsors an event, speaks at a seminar, or contacts public officials in support of our advocacy efforts has played a part in making NAIOP NJ what it is today: respected among policy makers, effective in Trenton and valued by CRE veterans and developing leaders alike.”

The members inducted into the Hall of Fame include:

The 2019 President’s Awards honorees include: