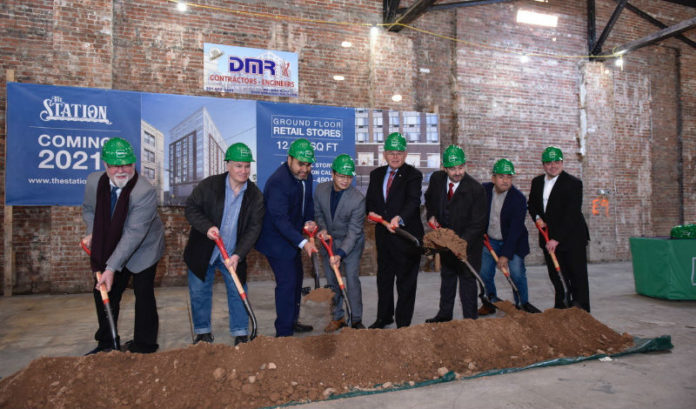 A groundbreaking ceremony was held on Friday to mark the start of construction on the first luxury high-rise in West New York, according to Secaucus-based real estate firm NRIA.

The Station is a $49 million, 10-story, mixed-use project which will be located at 4901 Bergenline Ave., the site of a former Duane Reade Pharmacy and directly across the street from the Bergenline Light Rail Station. The building will be the tallest in the city, NRIA said in a news release, and will feature 97 one- and two-bedroom units averaging 690 square feet.

“The Station will be a gamechanger for West New York,” Glenn LaMattina, senior vice president for global business development of NRIA, said. “Since the opening of the Bergenline Station back in 2006, it has been the dream of local leaders to build new apartments close to public transportation, and we’re proud to be the first to do a large-scale project like this.”

Amenities at The Station include a rooftop entertainment deck, a fitness center, club room, and 105 parking spots. It is expected to open in 2021.