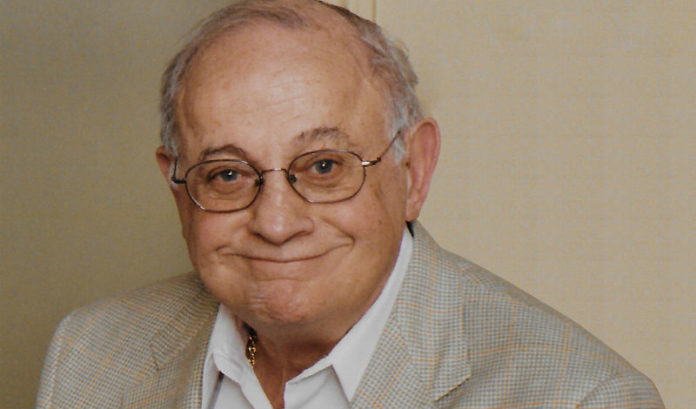 Dominick V. Romano, a prominent supermarket owner in New Jersey, has died at age 85. Romano, chairman and CEO of Ronetco Supermarkets Inc., a member of the Wakefern Food Corp. cooperative, led a business that operates eight ShopRights in northwestern New Jersey and employs more than 2,000 people.

Romano died Nov. 17, surrounded by family, according to an obituary from Iliff-Ruggiero Funeral Home in Newton.

The business was founded 92 years ago by Romano’s parents, with his sons Dominick J. Romano and David P. Romano now serving in leadership roles with the company that operates in Morris, Sussex and Warren counties.

Romano served on the board of the Wakefern co-op from 1970-2007, including stints as vice chairman from 1971-1985 and treasurer from 1985-2005. He was past chairman of ShopRite Supermarkets Inc., a wholly owned subsidiary of Wakefern, and past chairman of Readington Farms Dairy, a supplier of fresh milk products to the co-op.

He was a prominent supporter of Centenary University in Hackettstown, serving as co-chairman of the 1996-2001 capital campaign that helped raise $15.3 million for the college. In 2000, he was the first recipient and namesake of its Dominic V. Romano Volunteer Award, which honors members of the Centenary community for their community service. The college also honored him with an honorary doctorate in 2001 and its Van Winkle Achievement Award in 2008.

“Centenary was saddened to hear of the passing of Dominic V. Romano,” a spokesperson for the college told ROI-NJ. “He was a true champion of Centenary University and the power of education. He left a lasting legacy that has made a real impact on the university and its students.”

Romano was also a supporter of organizations including the Arc, Boy Scouts of America, Newton and Hackettstown hospital foundations, the Growing Stage and more. He established numerous scholarships in the area and help create the ShopRite Partners in Caring Program that helps feed the hungry.

He also served with organizations including the New Jersey Food Council and Food Marketing Institute, as well as the Warren and Sussex chambers of commerce, the Stanhope Board of Education and the Blair Academy board of trustees, among others.

In 1997, Blair Academy presented him with its Citation of Merit, the school’s highest honor.

Romano was born Aug. 20, 1934, in Netcong. He is survived by his wife, Kathryn P. (Acquavella) Romano; children Dominick J. Romano and his wife, Cathy; David P. Romano and his wife, Alice; and Nina (Romano) Rizzo and her husband, Tony Rizzo; as well as 10 grandchildren and their spouses and partners; and one great-granddaughter.

He was predeceased by his brother, Pasquale T. Romano, and two sisters, Estelle Guarini and Cecilia Laureys.