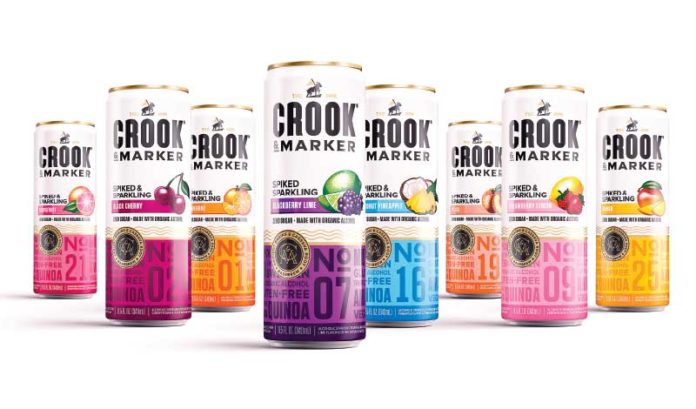 It took her less than six months to accomplish that for the now multimillion-dollar, better-for-you alcoholic beverage brand.

“We at Crook & Marker are building a high-end portfolio of alcoholic beverages with zero sugar, bold, full flavors and organic alcohol — and we’re building a brand people can trust,” Miller said.

In fact, that’s where she met Ben Weiss, founder of Bai Brands, a manufacturer of antioxidant-infused beverages — and one of the fastest-growing brands in the beverage industry before Dr Pepper Snapple Group acquired the business for $1.7 billion in 2017.

“Ben was one of my clients, so I saw firsthand the meteoric growth of his company and grew to know his management team,” Miller said. “Then, when Ben said he was working on something new, we talked a lot about how we could work together to launch this brand and what platform he would use for distribution.”

Today, Crook & Marker manufactures spiked and sparking seltzers with zero sugar and a proprietary organic alcohol created from ancient grains such as quinoa, amaranth and millet and cassava root.

“For example, as a Generation Xer, I now think, ‘Why would I not want to think about my health, want better for myself and actually demand it?’” she said. “What we’re seeing in the alcohol space right now is a continuation of a trend that began outside of it in the food space, and the consumer wanting and demanding something different and better from their alcoholic beverage.

“They’re not necessarily running toward the seltzer category, but rather, they’re running away from sugar.”

Weiss said hard seltzers were just the first stop in the company’s pursuit of a better way to drink.

“Crook & Marker’s mission is to lead the industry away from bland and compromised ingredients and give consumers what they’re seeking — a portfolio of adult beverages that are perfect for having a good time and deliver bold flavor, variety and transparency,” he said.

The odds were in her favor, Miller said.

“Ben already had an incredible track record, and, with a fairly recent transaction, he already was a proven entity who knew how to build a brand in a very short period of time,” she said. “And with my knowledge of and background in the beer space in particular, I knew they were needing the next thing to fill the void of beer, as volume continued to drop.”

Miller, a mother of three, said she first lived on the road for five months straight, meeting with and educating various distributors and consumers on the brand to set up Crook & Marker’s network.

“I know I couldn’t have done that without my husband, who also has a full-time career, also being fully engaged and supportive in this project,” she said. “And I also credit my work environment, because while I always give my team 150%, it sometimes has to be at 3 a.m.”

Today, the brand is housed with more than 200 distributors nationwide, including its key distribution partner, Shore Point Distributing Co. in Freehold.

“With their involvement, we sold over 900 cases at the recent ‘Sea Hear Now’ festival in Asbury Park,” Miller said. “Kramer Beverage in Hammonton also was involved in helping us grow in Cape May, as well as Cape Resorts, which took us on with a vengeance, and our presence became imminent at venues such as Congress Hall and Rusty Nail.

“They believe that what we have is a differentiator.”

“Now, I work in Hamilton and travel less,” she said. “This is an incredible opportunity for me right in my backyard at the House of Crook.” 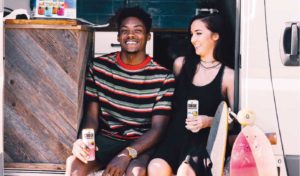 Crook & Marker currently employs nearly 100, with about 40 working at headquarters and the rest participating in sales and marketing across the country, including at events such as Fizz Fight, the first-ever hard seltzer competition — where Crook & Marker took home a silver medal in the People’s Choice category, outperforming more than 30 leading hard seltzer brands.

In fact, Crook & Marker is tracking 40% above what the popular White Claw did in its first seven months to market.

“We really set our baseline this year,” Miller said. “What we need now is to continue with our mission to build a portfolio — and innovation plays a big part in that growth.”

“Soda has become a bad four-letter word in many households across America — not because anyone ever fell out of love with the taste of soda, just the sugar and broken ingredients that came with it,” Weiss said.

While each can contains 4% alcohol by volume, there are only 80 calories per.

A national launch of the product — and much bigger marketing plans — are expected next year, with Miller and the rest of the executive team being driven by passion, Miller said.

“We at Crook & Marker believe in inspiring people,” she said. “Ben inspired me to move into this particular role and I am so happy to be here.”

Connect with Crook & Marker communications via Adam Davis at adamdavis@crookandmarker.com.